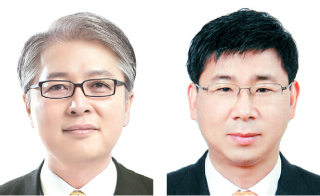 LG Group named two new CEOs for LG Electronics and LG Hausys as part of its annual reshuffle on Thursday.

This was the first time since 2016 that LG Electronics, the largest affiliate within the group, has had a new CEO. The position was taken by Kwon Bong-seok, who currently heads the company’s home electronics and mobile communications businesses.

Having joined LG Electronics in 1987, Kwon is internally acclaimed for heading the business for organic light-emitting diode (OLED) TVs, which LG was the first electronics company in the world to succeed in commercializing in 2013.

Appointed as LG’s TV head in 2015, this year Kwon took on responsibility for LG’s struggling mobile division with the mission of getting it out of the red. Under his leadership, LG relocated its smartphone production facilities from Pyeongtaek, Gyeonggi, to Vietnam this year.

“Kwon has high understanding of big data, artificial intelligence and content - all core factors in the ‘digital transformation,’” LG Electronics said in a statement.

Kwon’s predecessor Jo Seong-jin will retire after 43 years in the company and three years as CEO. A high-school graduate without a college degree, Jo was something of a legend at LG and was responsible for the company’s decision to boost its washing machine business. During his term, LG’s home appliance and air solution division hit new record profit highs for four years straight.

At LG Hausys, Kang Gye-woong, who headed domestic sales, was named the new CEO. Kang started his career at LG Electronics in 1988 and joined LG Hausys, a manufacturer of housing material and car components, this year.

Kang is a leading figure in business-to-consumer (B2C) sales in the group, LG Hausys said. Among his notable achievements is LG Electronics hitting new domestic sales records when he led the company’s domestic B2C sales division.

At LG U+, Hwang Hyun-sik was the only person promoted from vice president to president this year.

The reshuffle wasn’t as large-scale as last year, when current Chairman Koo Kwang-mo first took the helm. That year it appointed 134 new executives. The total number of promotions among senior executives was 165, down from last year’s 185, considering the “current economic and management situation.”

This year’s focus was on forming a group of top-level executives that can “rapidly react to consumer and market shifts” and appointing young, competitive executives to higher ranks. Among the 106 new executives, 21 were younger than 45.