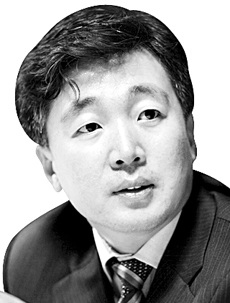 Ye Young-jun
The author is an editorial writer of the JoongAng Ilbo.

According to them, it is truly perfect win-win diplomacy. One side claims a complete victory in a perfect game, and the other side says “win by decision with principles and tolerance.” Unfortunately, not many people seem to agree.

19th-century Austrian diplomat Klemens von Metternich said that diplomacy was the art of giving the impression of not winning.

Both sides are losers. What have we gained from the fuss of the past few months? How much have we lost?

Japan may seem like a winner but not necessarily if you look closely. The dormant anti-Japanese sentiment among Korean people exploded because Japan provoked with export restrictions. Koreans are left with a wound that is not likely to be erased easily, and the Korea-Japan relationship regressed. That’s why we cannot say Japan won.

The fuss in the aftermath of the ruling on Japan’s wartime forced labor a year ago should be recorded in history as a lesson on the cost of failed diplomacy. But I am flustered to see officials of the two countries claiming who won and who lost.

As a presidential candidate in 2012, Moon said that signing the General Security of Military Information Agreement (Gsomia) or reinforcing military cooperation with Japan was helping Japan’s nuclear armament. It would be stupid to provide confidential military information to a country with whom a territorial dispute was in progress, and he promised he would scrap such an agreement if he were to become president. 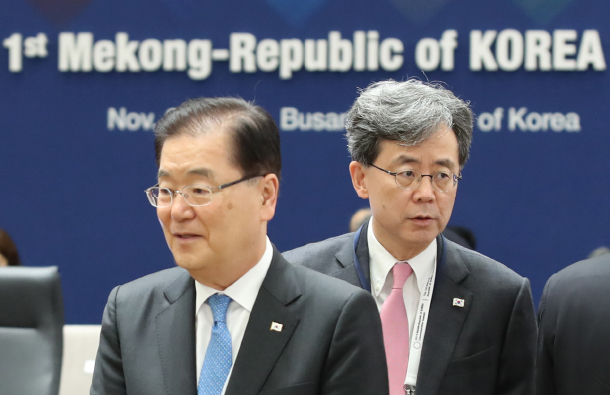 His position did not change for the presidential campaign in 2017, and in conversation with people last week, he said that sharing military information with Japan was contradictory. He consistently adhered to his position on Gsomia.

Everyone thought that the scrapping Gsomia was inevitable, but things changed after two days. The president, who is known for not changing his mind easily, made a big decision. So the president must have felt that it was unfair when Japan mentioned “perfect game” as if it had won.

He must have been frustrated that he would choose a realistic option over the scrapping of the military information-sharing pact. When Chung expressed his frustration with straight words, the president may have felt relieved, but it threw a wet blanket on the barely-made reconciliatory mood. It was not something that a national security adviser should have said, as he is not a secretary in charge of the president’s mood. Even if there had been an order from the president, he should have said that it wouldn’t help the negotiations in the future.

There is another problem. I think “winning by decision with principle and tolerance” was most serious among what he said.

The concept of deciding winning and losing is the problem. Diplomatic negotiation is not a sports game where one side wins and the other side loses. The basis of diplomacy is for both sides to make concessions and find the best total sum, if not the best, for each side.

The zero-sum mind that “your victory is my defeat” cannot make a win-win result. How can I explain the advanced strategy of “losing now is winning forever” to someone with that kind of mindset? The stubbornness of “I must win” is only possible in a mudslinging of “I live and you die.” Chung, who is a veteran diplomat, wouldn’t say he does not know this.

Yoon may refute, “What country’s reporter are you to criticize the Korean government and not Japan?” and say I am siding with Japan.