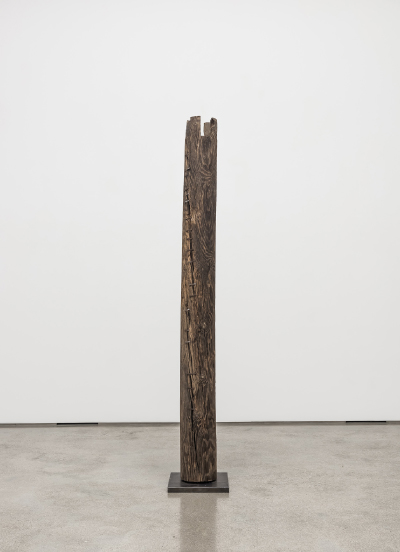 Finishing off the year with the best works from six internationally-acclaimed artists, PKM Gallery in central Seoul presents “Eternal Now,” a collaboration with Germany’s Galerie Nagel Draxler. It will be held until Jan. 5 next year.

Featuring works by artists Francis Alÿs, Kader Attia, Koo Jeong A, Lee Bul, Martha Rosler and Hito Steyerl, the exhibition looks at the idea of how the current society resonates with history, even though we think that we live in times of unprecedented chaos and anxiety. The six artists’ works all deal with the question of finding better ways to live in the world, while remembering that the struggles of today have been experienced before.

“The title ‘Eternal Now’ was taken from Attia’s work of the same name from last year’s Gwangju Biennale,” said Park Kyung-mee, director of PKM Gallery and also the co-curator of the exhibition along with Saskia Draxler of the German gallery.

“The naming came very naturally, as Attia’s work named her sculpture the way she did, in remembering that our collective memory of the past is an ‘eternal now’ that should not be forgotten in the future.”

Attia’s “Eternal Now” utilizes wooden pillars from traditional Korean houses that survived the Japanese Colonial Rule (1910-45), the Korean War (1950-53) and the military dictatorship between the 1970s and 80s. She reinforces the crumbling pillars with steel staples to symbolize how we live with our scars and still keep our function. They were specifically made for the Gwangju Biennale, which remembered the Gwangju democratic uprising in 1980.

According to Park, the exhibition initially began with Attia and Lee as the two artists for the main exhibit, but it was expanded into a group exhibition as the other four artists “gladly offered their works to go on display after hearing the theme.”

“All six of the artists share a common perspective with the general public towards the society, and so this is an exhibition that is very timely,” said Park.

“‘Eternal Now’ is a statement, but it’s also a question,” Draxler said. “We live in a permanent presence, but it’s also important to look back into history, because it influences our choices in an unconscious way that we don’t realize. We have to preserve history and live in the history and question it, so that we can answer the things in our presence. Sometimes we’re limited by our past without knowing it, so it’s important to look back to integrate history and today.”

The “Acute Art” AR app will allow gallery visitors to see beyond the works on display through their smartphones.