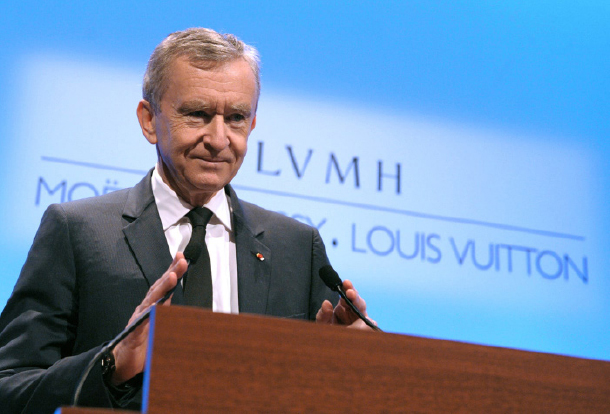 LEE DONG-HYEON
The author is a deputy head of the industry team of the JoongAng Ilbo.

In the 1961 film “Breakfast at Tiffany’s,” Holly Golightly, in a black dress and big sunglasses, eats a bagel and drinks her coffee in front of the windows of Tiffany & Company. The scene is imprinted on the minds of people around the world, and the Tiffany shop on the Fifth Avenue in New York City is still a tourist destination more than half a century later.

Tiffany started the business with silver products in 1837 and became famous as a diamond dealer in the late 1800s. The six-prong Tiffany-setting diamond ring has captured the hearts of women. However, it was thanks to Audrey Hepburn that Tiffany could rival European brands like Bulgari, Cartier and Van Cleef & Arpels.

As the most notable American jewelry brands, Tiffany makes tableware used in the White House for state dinners and participated in the design of the Great Seal of the United States on dollar bills. The Vince Lombardi Trophy awarded to the Super Bowl winner every year is made by Tiffany as well.

On Nov. 25, France’s LVMH acquired Tiffany for $16.2 billion. With more than 70 brands including Louis Vuitton, Moet Chandon, Hennessey, Tag Heuer and Bulgari, LVMH is expected to expand in the watch and fine jewelry market with the acquisition of Tiffany.

American media’s response on the sale of the American brand seemed sour. CNBC predicted that LVMH would eliminate low-price items and promote high-price policy, and the New York Times wrote that it would reduce sales network like Louis Vuitton.

Even if the business style changes, Tiffany’s history and legacy will not. LVMH CEO Bernard Arnault said in a media interview following the acquisition that Tiffany was the only brand with a signature color, Tiffany blue.