Neither Spain, nor Korea or any other country is safe from the effects of climate change, said Ambassador of Spain to Korea Juan Ignacio Morro in a press conference he hosted at his residence in Seoul on Friday, as he shared the details of the COP25 climate conference hosted in Madrid from today.

“Environment issues affect all of us in one way or another,” Morro said, adding that while Korea is grappling with the increasing levels of fine dust pollution, Spain is dealing with desertification as one of the effects from climate change. “Nobody is safe from these effects, no one can say that it is not our problem.” 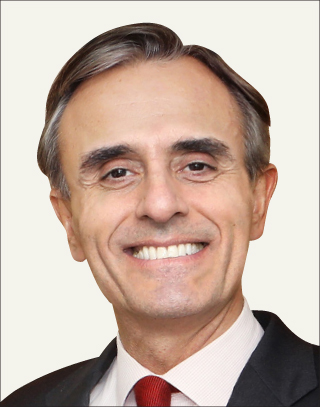 Spain stepped in to hold the United Nations climate change conference, COP25, from today to the 13 in Madrid, after Chile at the end of October withdrew its decision to host the annual convention amid civil unrest.

It will be the first time the conference, which dates back to 1995, will be held in Spain, but Chile will remain the official host of the event.

“The COP25 is a major issue and it couldn’t be canceled because it was urgent,” Morro said. “We are proud that my country decided to volunteer immediately to help our Chilean friends to host such an important event.”

“The President designated for the conference is Mrs. Carolina Schmidt, Minister of Environment of Chile.”

With just a month to organize the event that is expected to draw some 25,000 delegates from all over the world, solving the logistical problems has caused some major issues for officials in Madrid.

“Organizing the logistics has been crucial, but we are ready and hopeful that the conference will be a success from the contents point of view and that the representatives of governments will reach a point of progress,” Morro said.

Korea’s delegation at the conference includes Minister of Environment Cho Myung-rae and Ambassador for Climate Change at the Ministry of Foreign Affairs Yoo Yeon-chul.

“The only way to face the effects of climate change is to face them together with the rest of the world,” said Morro.

“The UN is playing a crucial role here and the Spanish government hopes to play a crucial role as well. Our decision to host the conference attests to how committed we are to the multilateral agenda.”

The top envoy was optimistic about the direction both governments of Spain and Korea were taking in regard to tackling climate change.

“Korea and Spain share the same principles on this issue, both governments want to improve the objectives established by the climate and environment experts,” he said. “As each country has its own system, each is expected to tackle the issue with policies that work for each system.”

Spain aims to reach carbon neutrality - reducing carbon emissions to net-zero - by 2050, as do other countries in Europe including Germany, France, the Netherlands, Sweden and Britain. “Spain was the first country to demand that commitment of neutrality by 2050 in the European Union,” the Spanish Embassy said in its statement.