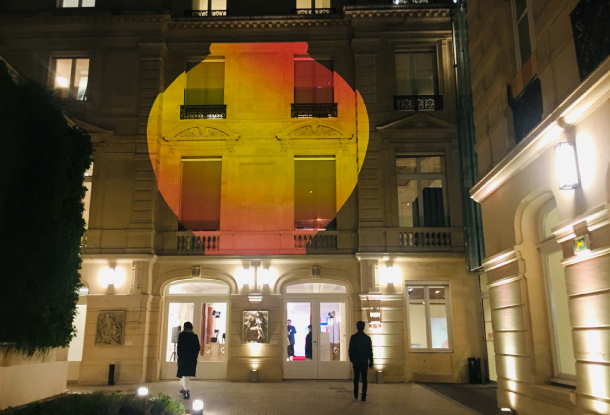 PARIS, France - It’s been nearly a decade since the so-called Korean wave, or Hallyu, expanded to Europe.

The phenomenon started with the K-pop craze, which brought the SM Town Live World Tour to Le Zenith de Paris for its first European stop in 2011. Thousands of K-pop fans from not only France but neighboring countries such as Spain, Italy, Poland and Sweden flocked in to Paris to see their favorite stars for the first time in person.

Those who were not able to get their hands on tickets before they sold out in 15 minutes held a rally in front of the Louvre Museum urging SM Entertainment, the organizer of the concert, to add an extra show.

Since then, the number of K-pop concerts that have been held in Paris and the number of people interested in Korean culture has surged, with many looking for classes to study Korean language, K-pop dance, Korean cooking and more, according to the Korean Culture Center in Paris. That is why the Korean government decided to move the 40-year-old Korean Culture Center in Paris, which was previously located in a shabby half-basement, to a refurbished marble-white seven-story building near Paris’ Champs-Elysees and the Elysee Palace in the 8th arrondissement. The new building is now equipped with a hansik (Korean traditional food) atelier, a concert hall and enough rooms to hold multiple Korean language classes. 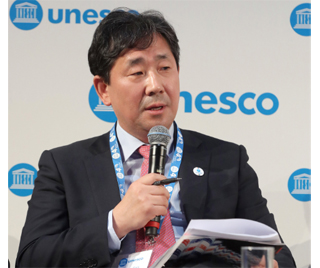 Park Yang-woo, Minister of culture, sports and tourism of Korea

However, back home, many Koreans are having difficulty fathoming the popularity of K-pop in other parts of the world, especially in Europe. Some were even skeptical about the expensive relocation of the Korean Culture Center, which required large government subsidies.

The K-pop craze has certainly calmed down over the past decade, but according to fans in Paris, it’s the news coverage that has decreased, not their passion for Korean culture.

Following the recent global feats achieved by the K-pop group BTS, people have begun to pay attention to the influence of Korean culture around the world once again.

Park Yang-woo, Minister of Culture, Sports and Tourism recently paid a visit to participate in the Unesco Forum of Ministers of Culture in Paris on Nov. 19. Park met with reporters on the evening of the forum and said that he “has witnessed and experienced the influence of Korean culture by talking to other culture ministers at the forum,” and insisted that his ministry hopes to “launch a pan-governmental team that will serve as a hallyu command center.”

“I believe it’s time to converge hallyu with other industries like exports, manufacturing and services,” said Park. “For this, we should come up with a system that allows cooperation among multiple government branches.”

According to Park, the government’s support for hallyu - if the task force is launched - will be supporting not only familiar cultural products like K-pop, television dramas and video games but also culinary arts, fashion and traditional culture. He also stressed the importance of diversifying the regions where hallyu can reach, as well as including tourism and exports of consumer goods within the field of “Korean Culture.”

“That is why I believe the Korean Culture Center in Paris is significant as an outpost in spreading Korean culture across all of Europe,” said Park. “Although the eastern Europe market is not as huge as Asia, I believe it has great potential.”

To learn more about the influence of Korean culture in Paris at the moment, the Korea JoongAng Daily recently met with four people who call themselves “fans of Korea” at the new Korean Culture Center building in Paris.

Kevin Preisser often visits Paris from his hometown Lyon to attend Korean cultural events held in the French capital. After placing first at a K-pop festival organized by the Korean Culture Center in 2017, the 27-year-old decided to become a K-pop performer himself. Although Preisser is not as fluent in Korean as other K-pop fans who learn the language through YouTube or taking Korean classes, he practices intonations, pronunciations and tries to fully understand the meanings of the Korean lyrics before he pulls it off on stage.

“I first fell in love with K-pop after watching a Girls’ Generation music video in 2009,” said Preisser. “I also ask myself what is so attractive about K-pop that makes me do what I do. I think it’s all things combined, but most of all, the definite concept each song and staging of a group has. It’s always colorful and distinctive. It’s something that I haven’t seen before.”

It is difficult to sing and dance solo, says Preisser, but the reason he does it is because he’s “in love with K-pop culture.”

“I love going around places and putting on a K-pop show for people who have never heard it before,” he said.

As for Julia Djida and William Clide, it’s the choreography of Korea’s idol groups that attracted them to Korean culture.

The two belong to a K-pop cover dance group called Pink Cloud. About seven people make up the group and together they stage concerts across the country. These days, they like to perform the moves of popular groups like Twice, Red Velvet, Exo and NCT.

“The choreography of group dances are amazing, especially how the members all sync,” said Djida. “I’m no stranger to different kinds of dance, yet K-pop dance really fascinates me.”

Both Djida and Clide say they became interested in other parts of Korean culture thanks to their interest in the music.

“I think Korea can now make appeal through its IT,” said Clide. “I hope to see more cultural activities that we can experience through Korea’s high-end technology. That will definitely draw a whole new attention.”

Afaf Arab, 31, is the current president of Bonjour Coree, a group of young French people “who love Korean culture.” The group was established in 2012 by students who attended Korean classes organized by the Korean Culture Center in Paris.

There are about 30 active members who make decisions while about 5,000 more take part online.

“K-pop has now become a genre next to jazz, hip hop, R&B and so on,” said Arab. “It was K-pop at first, but more and more, people are getting interested in other parts of Korean culture, especially the food and film that also have their own charms. We hope to spread that beautiful culture of Korea to the people in Europe.”