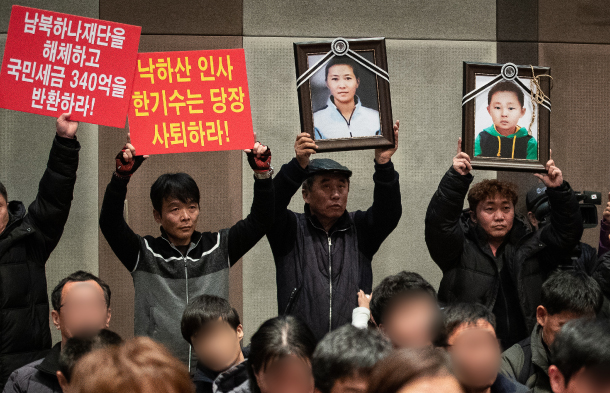 Activists picket for a mother and her 6-year-old son, who defected to South Korea to seek freedom but were later found dead at their home in Seoul, at a meeting for sharing defectors’ experiences of settlement in South Korea in the Korea Press Center in central Seoul on Monday. The mother and son are believed to have starved to death despite the wealth surrounding them. [NEWS1]