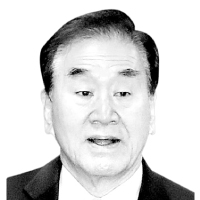 Lee Jae-oh
The author is a former legislator.

The rally around Gwanghwamun Square in downtown Seoul in October was unquestionably revolutionary. On holidays on Oct. 3 and 9 and on the weekends of Oct. 25 and 26, over 3 million people filled the streets. More than 10 million citizens joined protest rallies across the nation led by Christian groups. No crowds have ever been this big. They even outnumbered the rally tallies for the candlelight vigils to impeach President Park Geun-hye from the winter of 2016.

The recent mass rallies in Gwanghwamun Square should not be dismissed simply as a contest between the right and left or a battle between the conservatives and the liberals in our society. What brought the people to the streets was overbearing political power defying public sentiment. People regained their political entitlement by engaging in assembly.

No event can gain historical meaning unless it is rightfully appreciated. I helped my father farm in my childhood. In winter, my father would call upon me to transport soil to give it new life. I would have to climb the mountain to dig up the soil and bring it back down to cultivate the field. The job was excruciatingly hard, but nevertheless necessary to ensure a good harvest in the coming year. My neighbor was less industrious. They skipped soil cultivation and had to go around begging for crops the following year due to their poor harvest.

Politics is no different. It is dying because the aged soil hasn’t been removed and replaced in time. If the ruling and opposition parties do not revamp their fields, they are bound to yield poor crops in the April election. The Korean politics have long used up their life. Alarm bells have rung a long time ago, warning that the system that was sustained over 70 years has become useless. The conservative opposition that fell with the failed leader, as well as the following liberal Moon Jae-in administration, cannot shake out of the outdated system and practices. Over the last seven decades, our politics were dominated by the elites — senior bureaucrats, judges, or prosecutors, for instance. It is about time that common people come to the central stage of politics.

The conservatives as well as the liberals cannot present a vision if they do not break out of their familiar shell. The conservative front is discussing the integration of similar parties ahead of the April 13 general election. But the proposed merger of the major opposition Liberty Korea Party and minor opposition Bareunmirae Party — both made up of old faces — cannot be the answer to the public voices calling for change at the Gwanghwamun rallies. To the public eye, the opposition parties are of the same old school they prefer not to see.

People must come first. The opposition parties must relinquish all of their vested rights and set up a big — and open — tent. They should invite a civilian committee by excluding active lawmakers. The committee should be in charge of selecting candidates to run in the next election. The nomination must reflect the wishes of the common people, not party members.

If they head to the election this way, they could sweep up as many as 200 seats. If the party leadership hands out tickets to run, they will never win. French President Emmanuel Macron filled his party with political novices and won 308 seats out of 577 in the lower house. He led his fledging party to a landscape victory by implanting a fresh image to voters.

Even after the election, political parties must overhaul their system. The chairman who wields mighty power should be removed. (American parties do not have chiefs like ours.) Instead, a candidate for the next presidential election should be picked through civilian primaries. The primaries restricted to party members cannot reflect public demand appropriately. Instead, a candidate for a party should be elected through votes across 17 cities and provinces. Parties only need to administer a fair election.

In the longer run, the Constitution should be rewritten to even out the presidential power. The National Assembly also should consider breaking up into upper and lower houses. The political soil will finally gain new life through such landscape changes. The free democracy and capital economy the country has been struggling to uphold are at risk.

The rallies of Gwanghwamun are calling for a new framework for the nation.