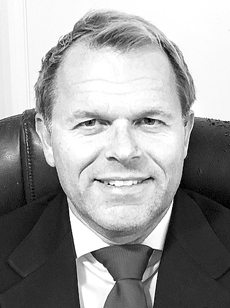 Ted Gover
The author writes on U.S.-Asian relations and foreign policy. He is the director of the Tribal Administration Program at Claremont Graduate University.

The Nov. 28 test firing of a “super large multiple-rocket launcher” — accompanied by recent ultimatums and criticism of Washington’s negotiating style — indicate frustration by the Kim Jong-un regime that relief from U.S. sanctions has not been forthcoming. It also shows that the Trump administration is pursuing a measured and deliberate approach that protects both U.S. and allied interests amid North Korean provocations.

Well known is Pyongyang’s disappointment with U.S. President Donald Trump’s views on the needed scope of denuclearization and its link to possible sanctions relief. Statements by North Korean officials have derided Washington’s “Cold War mentality” while threatening a return to 2017, when Pyongyang conducted a series of missile launches, among them an intercontinental ballistic missile that many analysts believe is capable of striking the U.S. mainland.

This has led to former North Korean nuclear envoy Kim Yong-chol and veteran diplomat Kim Kye-Gwan accusing the United States of engaging in “crafty and vicious” negotiating tactics, holding “ideological prejudice” and threatening repercussions if Washington does not meet Kim’s imposed year-end deadline for progress in the talks.

These developments point to Kim’s dashed expectations from his prior meetings with Trump, indicating surprise and disappointment from a failure to exact concessions from Washington as his father did masterfully with past U.S. administrations.

Additionally, the recent behavior of the North points to how its lack of progress in the talks amount to a personal loss of face for Kim — in particular, the sudden end to the Hanoi summit. Each of these experiences have left Kim empty-handed and without sanctions relief.

While Washington may view Kim’s unilaterally imposed year-end deadline for progress in the talks as artificial, some North Korea watchers believe that Kim is insistent upon this deadline as it sits on the heels of his regime’s five-year strategy for the state economic development from 2016 to 2020.

Unfortunately for Kim, economic development of this scale can only be realized if Washington ends economic sanctions. Trump’s hard line of insisting on denuclearization concessions before sanctions relief has put Kim in a bind.

As some have noted, Kim might be betting that the current 2020 campaign season could be an opportune time to create a crisis for Trump. According to this theory, Kim’s calculus may be that launching an intercontinental ballistic missile or conducting a nuclear test — both of which Trump has publicly said were red lines for him — may force the Trump administration to engage in partial sanctions relief in order to defuse tensions during the campaign, making him look weak as he runs for re-election.

Such a gambit on the part of Kim may backfire politically if Trump uses the crisis as justification to ramp up military assets and pressure on North Korea, rally patriotic sentiment behind him and work to project an image of a proactive, strong commander-in-chief.

Such a development may make it difficult for Trump’s Democratic challenger to criticize his actions without coming across as being unpatriotic.

By most counts, chances of an agreement with Pyongyang on denuclearization are unlikely due in part to the high asks coming out of Pyongyang. Kim has been intractable with his demand for the lifting of economic sanctions prior to his regime taking concrete and verifiable denuclearization measures. This has been accompanied by repeated demands for the withdrawal of the U.S. military from South Korea, Japan, Guam and Hawaii.

It may be that the best Washington will achieve is a nuclear North Korea that is on speaking terms with the White House after an arrangement of partial sanctions relief for partial disarmament of the North. While such an outcome is far from optimal, it could serve as a starting point for improved relations over the long term, fostering a relationship in which Pyongyang and Washington can work together in select areas. Such an arrangement, possibly, could begin a process of lessening Beijing’s heavy influence and control over Pyongyang.

Any talks with a recalcitrant regime like North Korea will have ups and downs, and there are risks and costs to drawn out diplomacy with the North. Over multiple administrations, Pyongyang has mastered the art of watering down demands from Washington as talks drag on over the course of weeks, months and even years.

Ultimately, if the North and the United States are unable to come to agreeable terms in their negotiations, Trump must be willing to settle for a sustained policy of sanctions, containment and deterrence with overwhelming military capabilities, all while leaving the door open for talks.

Trump appears cognizant of this reality. Signs indicate that his administration is on guard for the strategic deceptions commonly engaged by the Kim dynasty during negotiations.

Trump’s saying no to Kim’s excessive demands and maintaining the “maximum pressure” campaign clearly frustrates Kim and leaves him with limited options. This balanced approach by the president puts him in the driver’s seat of the talks (for now), allowing him to negotiate the denuclearization of the Korean peninsula from a position of strength.