Go Joon-hee is ready for a new beginning: After getting tangled up in the Burning Sun scandal, the actor hopes to move on

Go Joon-hee is ready for a new beginning: After getting tangled up in the Burning Sun scandal, the actor hopes to move on 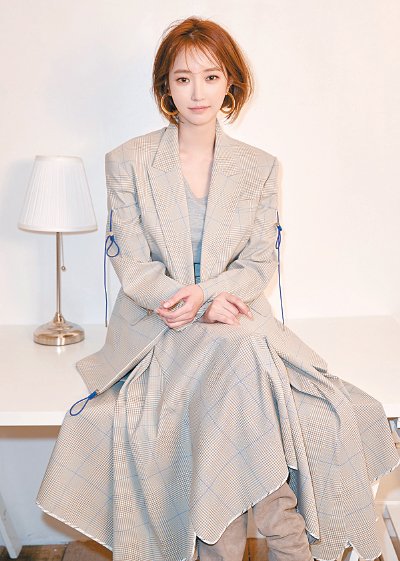 As the year comes to an end, many people start to think about how to give back to the community. Actor Go Joon-hee decided to spend this season of giving by volunteering for the first time on Tuesday at a soup kitchen set up for social minorities and the homebound elderly.

“It’s a little embarrassing to say this before I even do it,” said Go in a recent interview with a handful of local media at a cafe in Sinsa-dong, southern Seoul.

“I think it has taken me a long time to actually do the things that I’ve always wanted to do, such as volunteering,” Go added, explaining that her busy life as an actor pulled her away from what she really wanted to do.

It has been a while since Go sat down with reporters for an interview, let alone appeared in public. After unintentionally getting caught up in the controversy over former Big Bang member Seungri’s Burning Sun nightclub earlier this year, Go abstained from making any public appearances for about seven months after not renewing her contract with YG Entertainment in February. On Nov. 18, she signed a contract with a new agency, Mountain Movement, and decided to discreetly resume her acting career.

“I was taking a rest at home after shooting OCN’s ‘Possessed,’” recalled Go, “then I heard the news from a friend of mine that a rumor was spreading and [they] asked me why I wasn’t doing anything [to clarify the rumors].”

(People online claimed that Go was the “New York actress” that Seungri was referring to when he mentioned that he wanted to invite a Korean female actor to entertain a Japanese businessman at his club in Seoul. Another person in the chat room told him that the actor was in New York at the time.)

“I had no idea, none at all, of what she was talking about up until then,” she said. “My friend sent me news articles [because she couldn’t bear to say it herself]. That’s when I first found out.”

The scandal took an immediate toll on her life. Go was told that her contract to appear in the upcoming KBS drama series “Perfume” had been canceled, and various overseas scheduled events were canceled one after another. But what frustrated her the most was that there was no one blame. 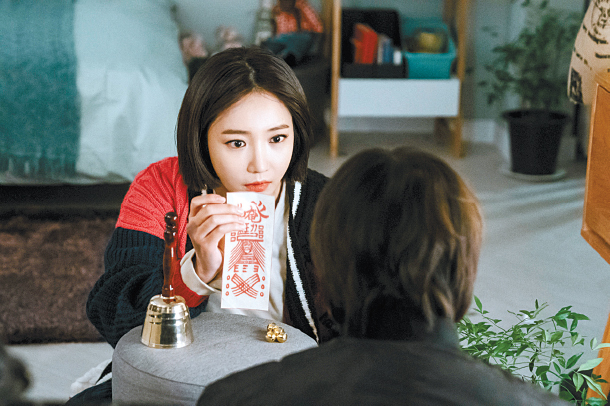 “I was sitting with my lawyer, but there was nothing that we could do,” she said. “If I had actually done something wrong, I would be taking actions to resolve the crisis. But we couldn’t sue anyone because we didn’t know who to sue or where the gossip originated from. No matter how many times I replayed the episode, I couldn’t understand why people thought that this was me. My lawyer was really baffled at the start too.”

One of the difficult things that Go had to do was to get to the bottom of the gossip, to find the source of the rumors.

“I was told that the rumors started to get out of control after several comments were posted on articles about Burning Sun,” she said. “But of all the things written, there was not anyone who said that they actually saw me in the club, only speculation. But it was really hard to track down those comments.”

With legal assistance, the actor is now in the process of wrapping up 32 lawsuits that she filed against commenters who spread rumors or verbally abused her with sexually insulting comments.

“If I want to sue someone for hateful comments, I personally have to go to the police station, read the comments out loud, one by one, and point out what sort of offense they did,” said Go. “That was hard for me… But during most of the time I tried to read more comments from my fans who were consoling or cheering me on. I tried to stay positive.”

But the hardest part about being embroiled in the scandal for Go was how much it affected her family.

“The hardest thing to bear was seeing my mom suffering from this,” Go said. “I think I’ve gotten sort of immune to the hate comments because I’ve been working in this industry for more than a decade. But my family wasn’t.

“I never let them see that I was hurt or suffering, and my parents didn’t let me [see them suffering] either,” said Go. “I still live with my parents, but I think we were each crying in our own rooms. My mom started to have ringing in her ears [due to stress], and she’s been seeing a doctor because of that, but it still hasn’t gotten better.”

The actor dabbed a tear or two from her eyes as she talked about her mother.

“I still believe that the public and the netizens are very smart,” Go said. “[For instance] they are keenly aware whether or not actors are faking their responses [on reality shows], and they also seem to like things that we genuinely enjoy or are comfortable with. Like how my bob became my trademark.

“But I hope that the public, and reporters too, are aware how much their words can impact one person’s life,” she continued. “We [actors] work hard and try to do whatever we can to earn love and attention from people. As much as we respect the public, I hope that, in return, people also realize the weight that their words or comments have [upon us].”

But now Go is finally ready to put the situation behind her and move on. She thanked her agency for that.

“I came to know Mountain Movement a few years ago at a Calvin Klein photo shoot with Park Hae-jin,” said Go. “I think deep down, I envied Park because I saw how CEO Hwang Ji-sun took care of him. [So, I’m very happy to work with the agency] because Hwang is attentive, even to the smallest things. We talk a lot everyday.”

Although the actor didn’t mention anything specific, she hinted that she will be returning to the screen soon, in a brighter role.

“I was planning to appear in another drama series this fall, but after I met Hwang, we decided that I should come back in a more cheerful role. I’ll definitely be resuming my career next year.”