Hyundai Motor’s labor union has elected a new leader known for his willingness to pursue practical solutions over hard-line protests.

The election marks the first time in six years that the union has a leader who is likely to be more willing to talk to management than organize strikes. 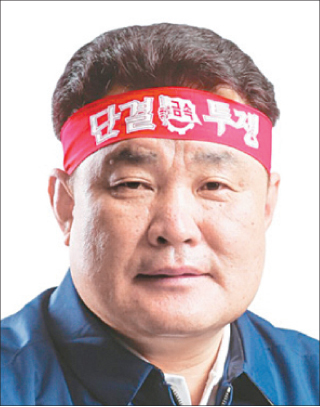 According to the labor union Wednesday, Lee Sang-soo has been selected as the new head of the union, earning 49.91 percent of votes. Among a total of 50,552 members of the union, 43,755 participated in the vote.

“[Lee’s win was possible] as a majority of the labor union in their late 40s and early 50s chose Lee over Moon,” an auto expert familiar with the issue told the JoongAng Ilbo. “They chose change for the younger generation.”

“The result signals a generational shift,” said Lee Hang-koo, a senior researcher at the Korea Institute for Industrial Economics and Trade.

“The newly elected executive board of the union consists of young laborers who are more open to future car strategies, and the members supported them.”

The major task for the newly elected executive body is likely to be fighting potential layoffs.

“The current chief Ha Boo-young was considered to be a hard-line leader as well, but he was also open-minded and agreed that adopting future car strategies is inevitable,” a source from the auto industry said.

Ha, in a recent debate, acknowledged that members of the union are in the top 10 percent in Korea in terms of wage and added that the time has come for the union to think of whether it is valid to demand wage hikes. In August, he even sealed a wage deal with the company without striking for the first time in eight years.

“As it will be hard for the labor union to embrace layoff plans that are likely to go in line with making [futuristic cars], the major task for the new executive body will be how they deal with this issue,” the source added.

The focus of the newly elected leaders of the labor union will likely be on training and rearranging the current workforce so they can better respond to changes in the automaker’s business strategy.

Lee’s major pledges include adjusting salary raises by pay grade, extending the retirement age to 61 from the current 60 and securing employment by various means such as reshoring overseas plants.