Wednesday’s suit marks the first time that Roh, the director of art gallery Art Center Nabi, has publically indicated that she is willing to get divorced. Until now, she has been adamant that she will protect the family. 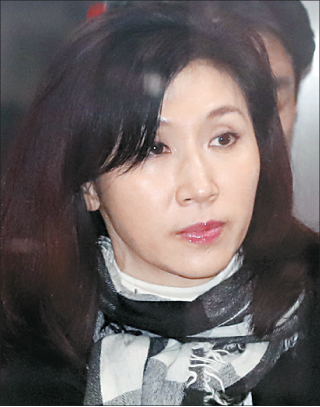 According to industry sources, Roh filed a request with the Seoul Family Court on Wednesday seeking the division of Chey’s assets and alimony.

As Roh has now made her demands, Chey and Roh will likely now move on to disputing asset division, rather than whether the divorce will actually go ahead. How much of Chey’s assets the court will actually order him to give Roh is unclear.

“The last 30 years have been a time I spent without regret for a family I cherish,” Roh said in a message uploaded to a personal social network page on Wednesday. “I think a time has come to let my husband find the ‘happiness’ he so desperately wants.”

Chey first said he wanted a divorce in 2015, confessing an extramarital affair in a letter to a local media outlet. In 2017, he filed a request to settle the divorce without a trial, but the attempt failed, and the two began formal divorce proceedings in February last year.