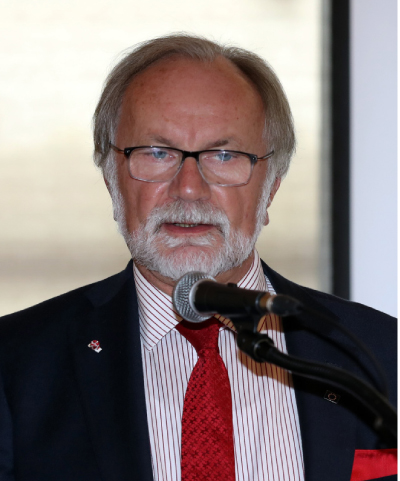 Ambassador of the European Union to Korea Michael Reiterer speaks at a press conference at the Four Seasons Hotel Seoul in central Seoul on Thursday. [YONHAP]

The European Union Delegation in Korea on Thursday called for the swift passage of bills on data protection and labor rights that have been pending at the Korean National Assembly for years.

“We are waiting for the National Assembly to act, because the [Korean] government has introduced bills that, once adopted, the EU will take the level of data protection in Korea as equivalent to data protection within EU,” said EU Ambassador to Korea Michael Reiterer at a press conference in Seoul on Thursday. “This way we can have free flow of data between Korea and EU which is important for business and research. Let’s hope that the Assembly gets back to business as quickly as possible.”

Squabbles among political parties over a package of contentious bills, including laws weakening the power of prosecutors, have recently stalled proceedings at the National Assembly. The Assembly was scheduled to vote on 199 bills last Friday, but after the opposition Liberty Korea Party threatened to filibuster every single one, including a budget bill, the voting session was canceled.

“The EU made it clear to foreign businesses that if they wanted to do business in Europe or if they had to process personal data of European citizens, they had to abide by the rules that are contained in the GDPR,” said Joelle Hivonnet, minister-deputy and head of political, press and information section of the EU Delegation in Korea, using the acronym for General Data Protection Regulation.

The GDPR is an EU regulation that was established in 2016 and enacted from May 2018 on protection of individual data. Businesses that use EU citizens’ data but do not meet the EU standards can be fined.

“We are close to coming to an agreement with Korea [regarding the standards on data privacy and protection,]” Reiterer said.

He added that the EU is also waiting for a number of bills on labor rights to be passed at the National Assembly related to the International Labour Organization (ILO) conventions.

“The Korean government has introduced most of the bills necessary to implement four outstanding cores of ILO conventions,” Reiterer said. “But we have to see a little bit more action on the side of National Assembly now that the government has finally introduced these bills which were pending for the last few years.”

The EU in July called for a panel of experts to review violations regarding Seoul’s failure to ratify the ILO conventions.

Ratification means changing local laws that run contrary to the conventions. The government proposal would allow senior government employees, fired workers or the unemployed to join or form unions.

Businesses have suggested measures such as implementing job sharing, lengthening agreements between companies and restricting striking workers from occupying company offices to offset the possible ramifications from ratifying the conventions.

The government agreed to some of the proposals, such as lengthening agreements, but business lobbying groups still argue that the concessions were not enough. Unions have rejected such proposals and instead called for stronger protection of labor rights.

In looking forward to the EU-Korea cooperation in 2020, the EU Delegation in Korea highlighted the upcoming Partnering for Green Growth and the Global Goals 2030 (P4G) summit in Korea in June 2020.

“We appreciate that President Moon Jae-in agreed to host the summit next year and we think his administration’s blue-sky initiative to reduce fine dust pollution has been good,” Reiterer said, noting that more government officials in Korea appear to be getting on board green initiatives.

The EU and Korea have been jointly running the EU-Korea Climate Action Platform for climate and energy experts to share information and policy suggestions. Korea is also a member of the EU project Strategic Partnerships for the Implementation of the Paris Agreement, which promotes dialogue among EU members and G-20 countries on meeting the goals of the Paris Agreement.