PyeongChang could return, but younger

PyeongChang could return, but younger 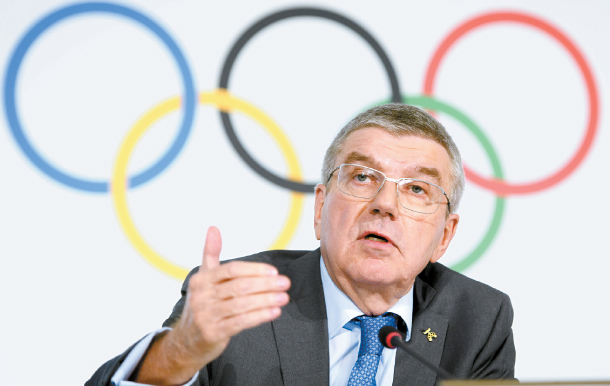 South Korea has inched closer to hosting the 2024 Winter Youth Olympic Games, following a proposal made by a new panel at the International Olympic Committee (IOC).

At a press conference following the IOC Executive Board meeting in Lausanne, Switzerland, on Thursday local time, IOC President Thomas Bach said the Executive Board will soon initiate “a targeted dialogue” with South Korea as the “preferred host” of the 2024 Winter Youth Olympics, following the recommendation from the IOC’s Future Winter Host Commission.

Bach added the targeted dialogue between the IOC and the Korean Sport and Olympic Committee (KSOC) is “the last step before the potential election of the host” at the next IOC Session on Jan. 10, 2020, in Lausanne, as long as all the requirements are met during the talks.

The KSOC announced its bid for the 2024 Winter Youth Olympics in August, with plans to use facilities built for the 2018 Winter Olympics in Pyeongchang and Gangneung, Gangwon, in the eastern part of the country.

The Future Winter Host Commission said its recommendation for the South Korean bid was based on the following: a positive technical feasibility assessment; solid support from all levels of government; the opportunity to bring the Winter Youth Olympics to Asia for the first time after three editions hosted in Europe; the opportunity to build on the legacy of the 2018 PyeongChang Winter Olympics with use of existing venues and the opportunity to further leverage sport to continue dialogue for peace on the Korean Peninsula.

“We have received a really compelling proposition from the Korean Olympic Committee and Gangwon Province, with regard to sustainability and legacy,” Bach said. “It would give us the opportunity to have the Winter Youth Olympic Games in Pyeongchang and Gangneung at a big number of the same venues where the Olympians were competing at the 2018 Winter Olympics. It would also be a powerful legacy of the older generation inspiring the young generation with regard to winter sports in Korea and beyond.”

South Korea is also hoping to co-host the competition with North Korea, so that it could lay the groundwork for Seoul’s bid to co-organize the 2032 Summer Olympics with Pyongyang.

Bach said the IOC welcomes the idea of joint-Korean hosting of the 2024 Winter Youth Olympics.

“This is an agreement between South Korea and the IOC that the IOC would be open to allow such a joint organization, if the circumstances allow [that],” Bach said. When asked if there has been any discussion with North Korea regarding the issue, Bach replied, “It’s too early to have consultations on this issue at this moment.”

The 2024 Winter Youth Olympics will be the fourth edition of the quadrennial event. Austria’s Innsbruck and Norway’s Lillehammer staged the first two, and Lausanne will run the 2020 competition from Jan. 9-22.