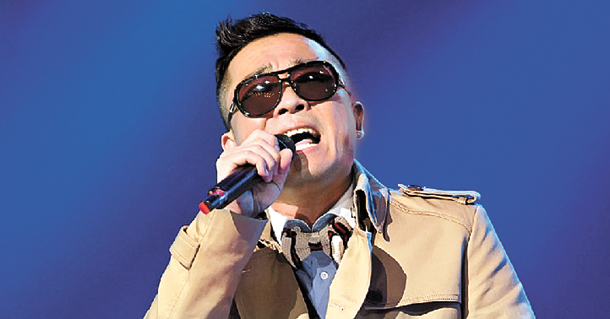 Singer Kim Gun-mo strongly denied sexual assault allegations made against him by a lawyer on Friday evening. The singer said in a statement that he will take legal action and proceeded with his 25th anniversary tour concert held in Incheon on Saturday evening.

Controversy arose during a livestream of the YouTube channel “Hover Lab” on Friday evening, on which a lawyer named Kang Yong-seok said that in the past, the singer assaulted a woman in a pub located in Gangnam District, southern Seoul. Kang said that he was bringing the claims forward based on a “direct testimony from the victim,” which he had received via email.

According to Kang, the victim decided to pursue the matter because “even though she wanted to forget about what happened, she couldn’t because she kept on seeing Kim [on television].”

In response to the claims, the singer told local press that the accusation is “groundless” and that he is “planning to take legal action after discussing it with his lawyer.”

At the concert on Saturday, Kim briefly referred to the accusation, telling the crowd, “I’m sorry for causing trouble. I’ll try to resolve [the matter] wisely.”

The singer currently appears on the popular SBS variety program, “My Little Old Boy,” on which the mothers of celebrities vent their frustrations while watching their sons and daughters live their everyday lives.

Last month, the singer announced that he is now legally married to pianist Jang Ji-youn, who is 13 years his junior. The couple plans to have a wedding in May.