Trump warns Kim not to ruin their ‘special relationship’

Trump warns Kim not to ruin their ‘special relationship’ 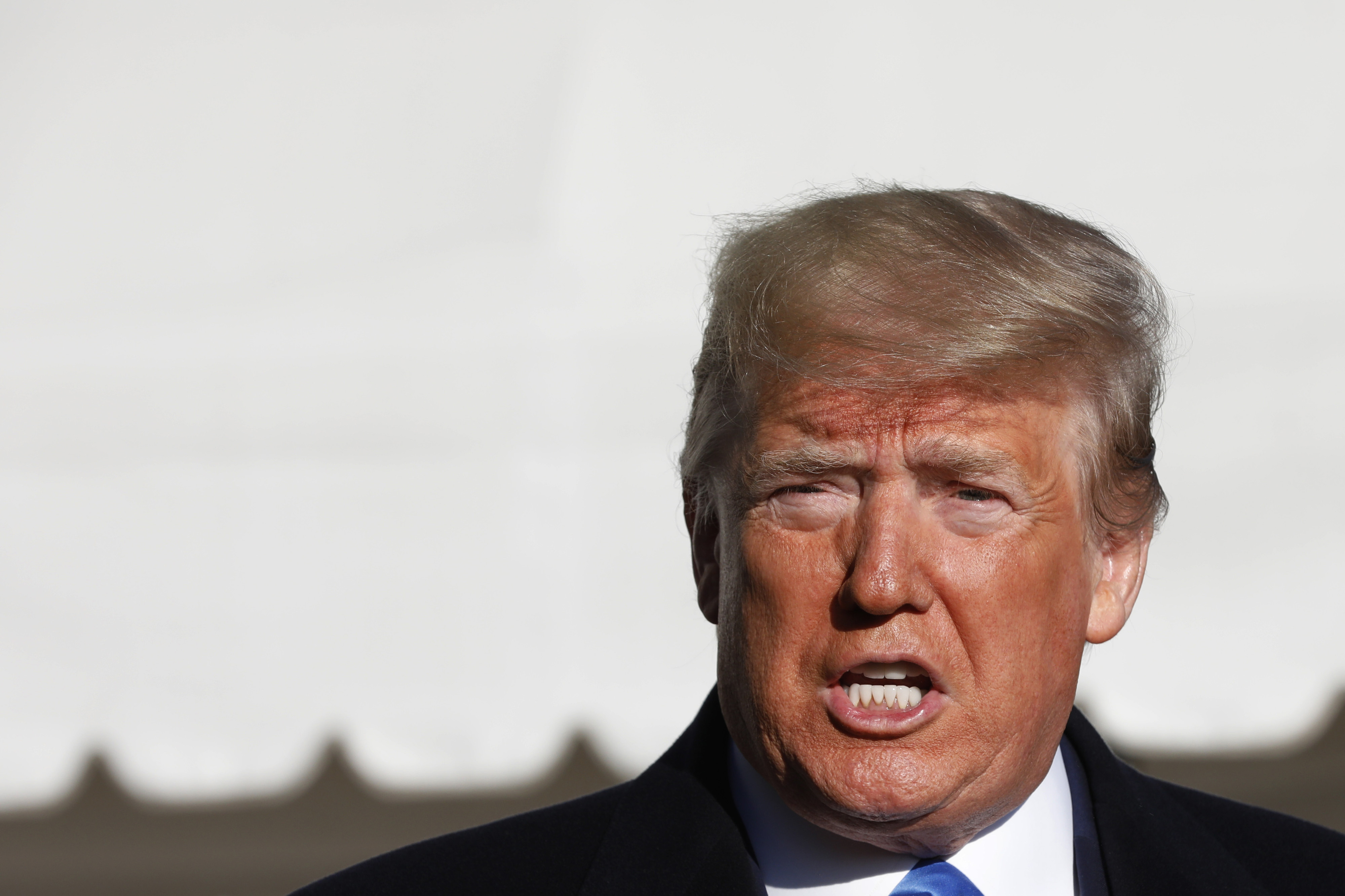 In a step up from Saturday remarks in which he said he would “be surprised” if North Korea acted hostilely, Trump used Twitter Sunday to warn Kim to keep the agreement they signed at their first summit in Singapore last year.

“Kim Jong-un is too smart and has far too much to lose, everything actually, if he acts in a hostile way,” Trump wrote. “He does not want to void his special relationship with the President of the United States or interfere with the U.S. Presidential Election in November.”
The warning, coming from a president who has repeatedly given Pyongyang the benefit of the doubt in regard to its commitment to denuclearization, follows an announcement from the regime’s top missile development agency Sunday saying the country had successfully carried out a “very important” test at the Sohae Satellite Launching Station that could change its “strategic position” in the near future.

The test at Sohae, which was the venue for multiple rocket tests in the past, could signal an intercontinental ballistic missile (ICBM) test later this month, perhaps as the “Christmas gift” that a North Korean Foreign Ministry official earlier claimed was in store for Trump.

Added to this was a bombshell announcement Saturday by North Korean UN Ambassador Kim Song, who said that denuclearization was off the negotiating table and that lengthy talks were no longer necessary with the United States.

In light of such ominous signals from the North, White House National Security Adviser Robert O’Brien said on CBS’s “Face the Nation” on Sunday that a resumption of nuclear or long-range missile tests “would be a mistake on the part of North Korea” and that “it doesn’t end well for them if they do.”

Warning that Washington had “plenty of tools in the toolkit” with which it could deal with such provocations, O’Brien appeared to suggest the United States could take military action if Pyongyang chooses “a different path than the one it’s promised” by not following through on its commitment to denuclearize.

Following the collapse of the second U.S.-North Korea summit in Hanoi, Vietnam, in February, Kim publicly announced he could pursue a “new path” if diplomacy fails — an implication that the regime could abandon its self-imposed suspension of nuclear and long-range missile tests.

While affirming the United States remained inclined to continue lower-level negotiations in spite of fruitless talks in Stockholm in early October, O’Brien said he was “a little surprised” by Kim Song’s comment on Saturday given that the top U.S. envoy in the nuclear talks — Special Representative Stephen Biegun — was “going down to the region soon” to resume the process.

Perhaps testifying to growing uncertainty in the White House over diplomacy with the North — which Trump has touted as one of his greatest foreign policy achievements — O’Brien’s remarks contrasted with those he made on Thursday, when he told Fox News that the administration continued to have “some hope” that a deal with Pyongyang remained possible.

The United States is conducting heavy aerial surveillance of the Korean Peninsula. On Monday, Aircraft Spots, a Twitter handle that tracks military aircraft worldwide, showed a U.S. Air Force RC-135W reconnaissance plane had undertaken a flight over the peninsula at 31,000 feet, the latest in a string of flybys by Washington.

According to U.S. and South Korean experts, Saturday’s test at Sohae most likely involved an engine for a solid-fuel rocket intended for an ICBM, given the parallels with this test and rocket thrust tests in September 2016 and March 2017. Kim personally supervised both of those tests, and the North eventually followed up its 2017 test by launching its first ICBM — the Hwasong-14 — in July that year.

Jeffrey Lewis, director of the East Asia Nonproliferation Program at the Middlebury Institute, posted to his Twitter account Sunday satellite images of the Sohae site, adding the ground around the launch pad appears to have been disturbed by the exhaust from the test of, presumably, a rocket engine.

North Korea last year publicly dismantled a rocket launch stand at the Sohae Satellite Launching Station to underscore its commitment to denuclearization but began reconstruction following the collapse of the second U.S.-North Korea summit in Hanoi in February.

But analysts say Pyongyang is still upgrading its missile capacity.

The regime has particularly been focused on upgrading liquid-fuel propulsion systems in its rockets with solid-fuel variants, given that the latter could greatly reduce the amount of time necessary for fueling and make it more difficult for enemy surveillance to detect a launch.

According to South Korean news broadcaster YTN on Monday, Seoul’s intelligence services concluded Saturday’s test did not involve a solid-fuel test and have yet to verify whether the test was related to an ICBM.

Another possibility that experts are debating is that the new engine tested may be a higher powered and larger liquid-fuel variant, which could give the rocket greater thrust and a longer range.

Despite attributing historic importance to Saturday’s test, North Korea has apparently kept the event under wraps domestically, refraining from reporting on it through state media other than a succinct article in the Rodong Sinmun, the country’s official newspaper. No mentions of the test were made on Korean Central Television, the sole state broadcaster, or radio, suggesting the test was primarily meant as a message for the United States.

In earlier cases, like nearly all of its 13 weapons tests involving short-range ballistic missiles or multiple rocket launchers, Pyongyang made sure to broadcast the success of the tests through various propaganda outlets.

Kim Jong-un was also notably absent from supervising the test, apparently having attended a building completion ceremony at a resort in Yangdok, South Pyongan Province, on Saturday that was widely publicized by state media. The decision to separate the leader’s activities from the test — which contrasts with Kim’s past decisions to personally oversee rocket engine tests in 2016 and 2017 — suggests the regime is deliberately controlling the severity of its provocations so as not to extinguish the possibility of resumed negotiations with Washington.