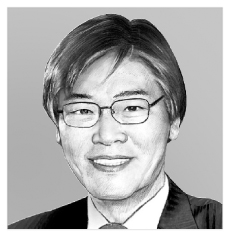 “Our people are outstanding. Our people are resilient. Our people love peace,” President Moon Jae-in said in a speech before 150,000 North Koreans at the Mayday Stadium in Pyongyang in September 2018. “We lived together for 5,000 years and apart for just 70 years. Here, at this place today, I propose we move forward toward the big picture of peace in which the past 70 years of hostility can be eradicated and we can become one again.”

Moon said there will be no more war on the Korean Peninsula and a new era of peace had opened. The audience responded with applause. It was undoubtedly the best moment of Moon’s presidency.

It must seem to feel like a dream for Moon. Starting with the PyeongChang Winter Olympics in early 2018, a series of reconciliatory events took place between the leaders of the two Koreas in Panmunjom, Pyongyang and Mount Paektu. Moon’s dialogue with North Korea State Affairs Commission Chairman Kim Jong-un at the bridge in Panmunjom and their hike to Mount Paektu were emotional moments.
Now, they are faded memories.

There is an old Chinese saying that translates as “Notch the boat to find one’s sword.” A man crossing a river accidently dropped his sword into the water. He quickly made a notch on the side of the boat to mark where the sword had fallen. He believed the notch would help him find the sword after the boat docked — which, of course, was pure foolishness. It’s a parable of the human who ignores reality by obsessing too much with the past.

Moon runs this risk with North Korea. The emotional moments in his memories may be dulling his sense of reality.

North Korea fired short-range missiles 13 times this year and tested various new conventional weapons. Moon never criticized the North. He remained silent although the North bluntly insulted him. Moon even repatriated North Korean defectors before Pyongyang demanded it. The North threatened to remove all South Korean tourism facilities in the Mount Kumgang resort, but the Moon administration proposed to expand the tourist area to Wonsan and Kalma. Although North Korea bluntly violated the inter-Korean military agreement, South Korea did not hold a scheduled joint exercise with the United States.

Many agree with Moon’s earnest prayer for peace on the peninsula and the mutual prosperity of the two Koreas. Many understand his predicament: he had to please the North and the United States at the same time. But prayers do not solve problems. If he does not have a sharp awareness of the reality and an appropriate strategy, he will be bossed around. If the president is a dreamer, it is the presidential aides’ responsibility to awaken him. But they are doing nothing.

As the year-end deadline that Kim imposed on U.S. President Donald Trump to change his policies approaches, war clouds are gathering over the peninsula again. The North and the United States are engaging in another war of words. Pyongyang is pressuring Trump by saying it conducted “an important test” at the Dongchang-ri engine test site, which it had promised to dismantle permanently.

Trump, desperate to find a breakthrough in the impeachment crisis and to win re-election, is restless. He has promoted the suspension of North Korean intercontinental ballistic missile and nuclear tests as a diplomatic accomplishment that his predecessor failed to achieve. If that accomplishment is overturned, it will work against him in the next year’s presidential election. But increasing military tensions ahead of an election is also very risky. Trump is too busy to persuade Kim to avoid taking a “new path.”

North Korea, too, is on the edge of a cliff. If Trump does not concede something despite the North’s pressure, Kim must do something — whether it is a long-range rocket test disguised as a satellite launch or a straight-out test of an intercontinental ballistic missile. As that is an action crossing his red line, Trump must respond strongly. The United Nations Security Council will slap on additional sanctions and a crisis will once again prevail on the peninsula. It will be unfortunate for both Koreas and the United States.

Trump called Moon in the middle of the night in Washington and discussed the issue for 30 minutes. This shows how desperate he is. It should be seen as an urgent request to Moon to stop Kim. Moon is seeing a new opportunity once again. He must arrange even a “small deal” between Trump and Kim in order to stop a catastrophe. The U.S. demand of a “big deal” — or all or nothing — is unrealistic at this stage. Under the grand precondition that North Korea’s complete denuclearization is the ultimate goal, Moon must try to successfully mediate a first-step deal in which North Korea suspends all nuclear activities in return for partial lifting of economic sanctions. If he succeeds, his role as a mediator will be highlighted again.

For Moon to play that role, he must wake up from his dream. He cannot achieve anything with his past-oriented thinking. He must start using the hotline established between his office and Kim’s office. If necessary, he should meet Kim at Panmunjom for a deal. He must stop misjudgments by Kim with cool-headed logic and strong arguments. A passive attitude will not resolve this situation. As the axiom goes, a crisis and an opportunity are two sides of a coin.