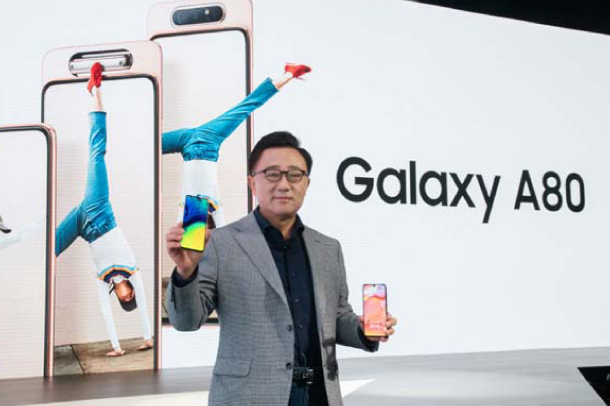 The 2020 Samsung Galaxy A will be seen by the public for the first time ever in Vietnam.

Rolling out a new phone in the Southeast Asian country is an unprecedented move for the brand, taken as the it fights to regain the key 300-million-units-a-year sales level.

According to Samsung Electronics and industry sources last Sunday, the new product is the “Galaxy A51.”

The company is seeking to attract young customers with a 32-megapixel front camera and an L-shaped quad rear camera setup, which will look similar to Apple’s iPhone 11 rear camera design.

“As Vietnam is the intermediate base for the Southeast Asian market, the decision was made to unpack the new product there,” said an official from Samsung Electronics.

The move is an essential step as Samsung fights in the highly competitive market. 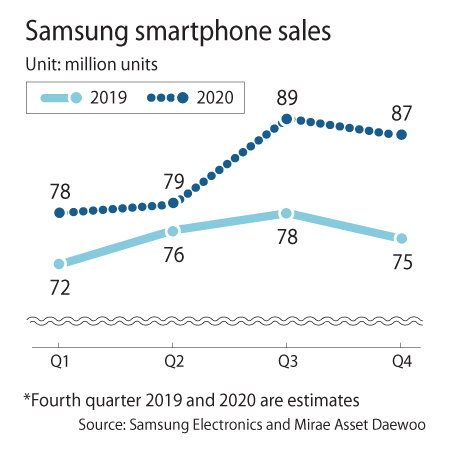 “Market share is life and the profits are our dignity. We should survive first before we think about our dignity,” said Samsung President Koh Dong-jin, who heads the company’s IT & Mobile Communications (IM) Division. The comment reflects the company’s current strategy, where expanding sales takes priority over profit.

Last year, Samsung’s smartphone shipments dipped to 291.3 million units. This was the first time the 300 million mark was breached since 2013.

Customers looking for “cost-effectiveness” are increasing in number in Europe, India, Southeast Asia and South America. The Galaxy A series is the key to the company’s “mid-range premium” strategy, which aims to capture the price-sensitive market.

“Whichever country it may be, let’s make ‘Galaxy’ the first choice in all price ranges,” President Koh has said several times.

Early this year, Samsung consolidated its mid-to-low priced Galaxy J and Galaxy A under the Galaxy A banner. Twelve Galaxy A models are priced around 500 thousand won ($419), and the most expensive 5G model is around 900 thousand won.

The Galaxy A series transformed its brand image. While these phones were previously deemed as cheap models that lacked performance, they have become a first stop for some new technologies: rotating pop-up cameras, screen-embedded fingerprint scanners and the Infinity Display, a virtually bezel-less screen.

According to Strategy Analytics, Samsung Electronics’ global smartphone market share in the third quarter was 21.3 percent, up 1.2 percent on year.

Samsung’s strategy was in part to safeguard its top spot in the market in the face of Chinese challenges. The so-called C-brands, or Chinese brands, which include Huawei, Xiaomi, Oppo and Vivo, are increasing their market shares in mid-to-low price range.

“The Galaxy A series will play a significant role in recovering shipments to 300 million unit mark,” said an official from Samsung Electronics.