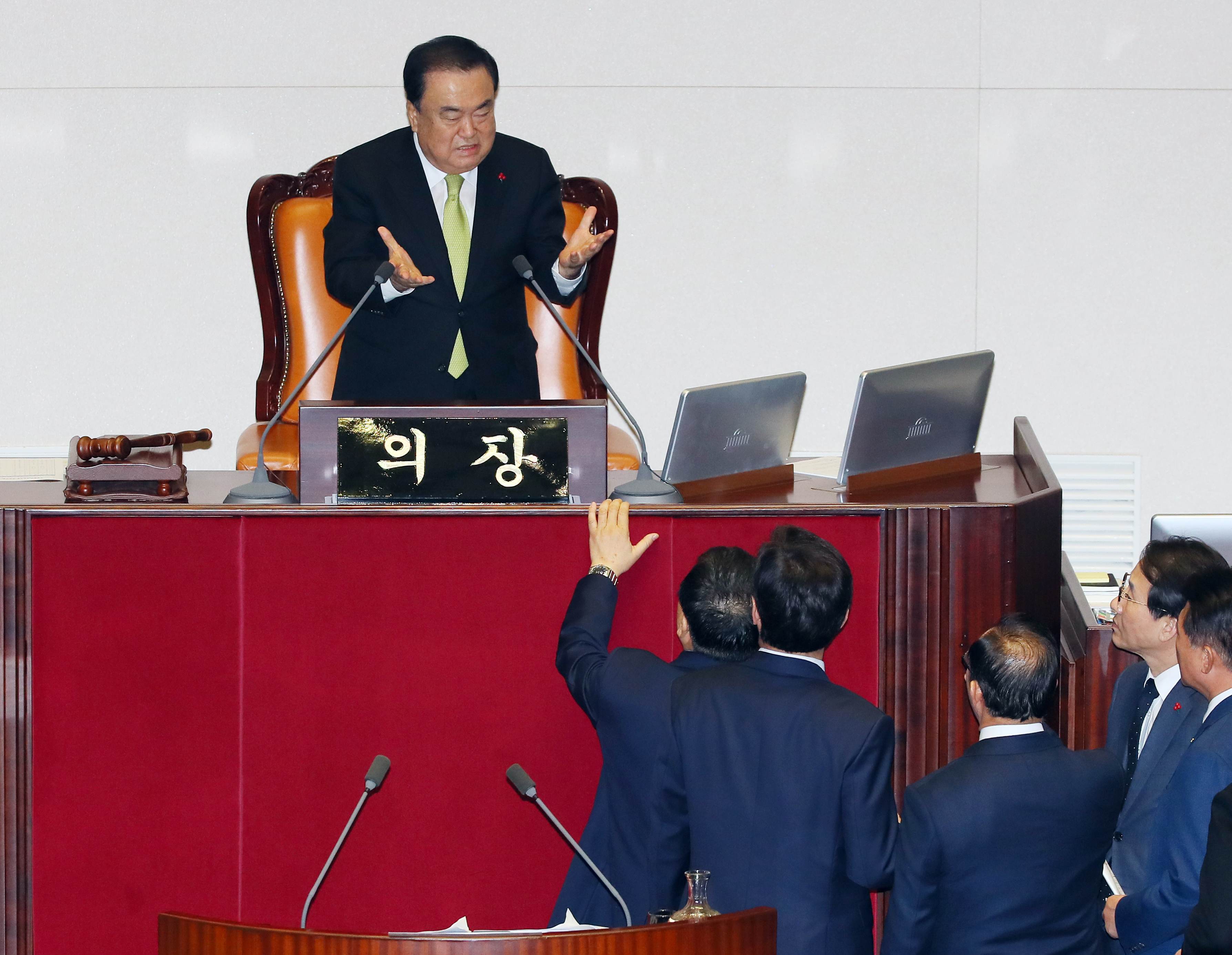 Lawmakers of the main opposition Liberty Korea Party lodge a complaint with National Assembly Speaker Moon Hee-sang against putting next year's budget bill on the agenda of the plenary session Tuesday night. [YONHAP]

The National Assembly on Tuesday passed next year's budget bill, worth 512.3 trillion won (US$ 429.9 billion), after fierce partisan strife.

The government had proposed a 2020 budget worth 513.5 trillion won, but the ruling Democratic Party (DP) put forward the revision bill after consultations with four minor opposition parties.

The national budget for 2020 would increase 9.1 percent from this year.

The ruling party has formed an ad-hoc consultative body with the Justice Party, Bareunmirae, the Party for Democracy and Peace and New Alternatives for the handling of a host of pending bills, as this year's regular session of the National Assembly is slated to end on Tuesday.

The main opposition Liberty Korea Party (LKP) presented its own revision bill, worth 499.2 trillion won, at the eleventh hour, but Speaker Moon Hee-sang did not put it to vote.

Moon quickly adjourned the session amid a ferocious backlash from LKP lawmakers.

In the morning session, parliament passed 16 non-contentious bills, including ones on child safety.

Keen attention is being paid to whether and when the National Assembly will vote on controversial bills on electoral and prosecution reform.

The DP and the four parties are expected to seek extra sessions to handle the bills this month.

The National Assembly already missed the Dec. 2 deadline to pass the budget bill due to prolonged political strife.