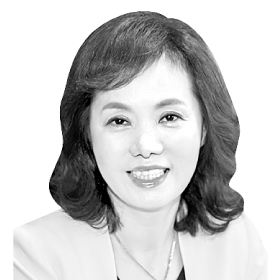 Lee Bok-sil
The author, a former vice minister of gender equality and family, is the chairman of the WCD Korean chapter.

Recently, the National Assembly’s legislation and judiciary committee passed a revision of the Capital Market Act that contains a clause saying a listed company with more than 2 trillion won ($1.68 billion) in total assets should make efforts not to have boards consisting of members of a single gender. The purpose of the revision is to improve gender diversity and equity in the decision-making process of Korean companies. In other words, the law requires women’s participation in the boardrooms of Korea Inc.

According to a Korea Corporate Governance Service report, only 7.6 percent of companies listed on the Kospi have more than one female director on their boards as of 2018. The percentage is even lower for the 2,072 listed companies that submitted business reports for the first quarter of 2019. Only 4 percent of the executives and only 3.1 percent of board members are women. Japan’s rate is higher than Korea’s, at 5.3 percent, and economies similar in size to Korea such as France, Sweden and Canada have more than 30 percent female participation.

Expanded participation of women in corporate management is a global issue. Diversity not only contributes to management efficiency but also has been proven to be a key element enabling sustainable business growth. The Organisation for Economic Cooperation and Development (OECD)’s research on 160 countries shows that economic success is greater when an open and fair culture for female workforce is created and women’s participation in economic activities is encouraged. McKinsey Consulting has confirmed the correlation between diversity and financial performance. Other related research shows that the top 20 percent of surveyed companies have an average of 39 percent female executives.

Global studies and cases of individual companies prove how diversity is leading corporate growth. At a forum hosted by the World Congress of Dermatology in Seoul last month, Shiseido Group Chairman Masahiko Uotani made a keynote speech on the theme of “journey to changes.” He discussed the strategies and changes he pursued after he took his position.

Since 2014, Uotani set a strategy to awaken the stagnant company. The focus was to train talented workers and expand diversity. He promoted female executives and managers. After five years, the company attained an average of 9 percent sales growth and its operating profit increased by 41 percent annually. The company had no female director or auditor before. Now it has nearly half. Some 38 percent of executives are women. After attaining his goal faster than he planned, Uotani set a more challenging goal and emphasized that the company’s rapid growth was a direct result of pursuing diversity. It is a case proving how diversity enables corporate innovation through changes to a corporate culture. 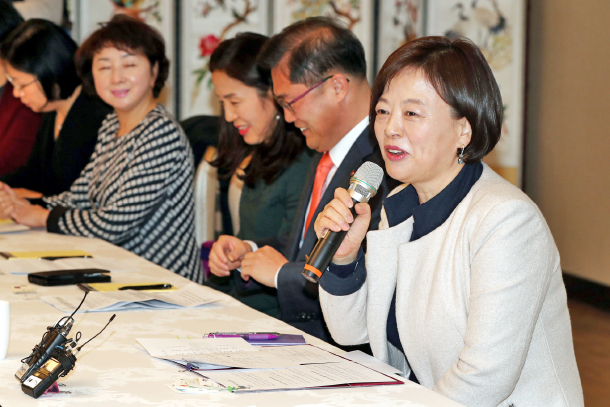 Jin Sun-mee, right, minister of gender equality and family, makes a speech at a meeting in February with female executives who broke the glass ceiling. [NEWS1]

Lotte Group is an example from Korean companies. The business group has been making efforts to create a culture of respecting diversity by drafting a diversity charter in 2013 and organizing diversity committees in all subsidiaries. The percentage of female managers was 1 percent in 2005, but it is now 14 percent. Lotte had no female executives in 2004, and had 36 this year.

To make such changes, improved awareness in society as a whole of the expansion of female executives and gender diversity on boards of directors is needed along with perception changes among chief executives. Countries that have attained diversity before Korea are promoting policies that suit their own situations, such as releasing the gender of board members, setting a quota or a voluntary goal.

Diversity is not limited to improving women’s rights. It is an urgent prerequisite for the Korean economy to escape the trap of low growth. The Capital Market Act needs to be passed by the National Assembly’s plenary session. I hope this bill is processed promptly.