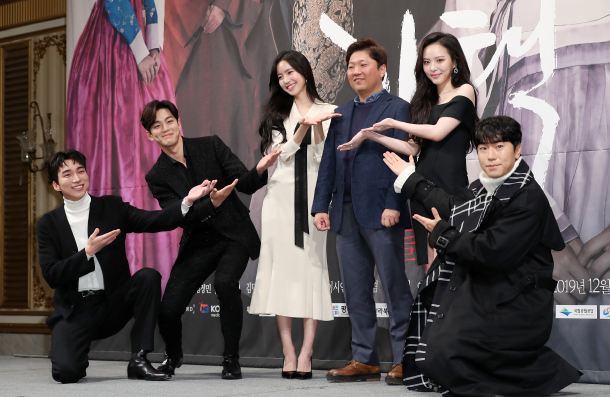 From left, actors Do Sang-woo, Kim Min-gue, Jin Se-yeon, producer Kim Jung-min, actors Lee Yul-eum and Lee Si-eon pose for photos at a press conference for their upcoming TV Chosun drama series “Selection: The War Between Women” in southern Seoul on Thursday. The drama centers upon a woman’s struggle to become the queen to take revenge after her twin sister’s death during the Joseon Dynasty (1392-1910). [NEWS1]