The Pacific Alliance film fest makes its way to Korea

The Pacific Alliance film fest makes its way to Korea 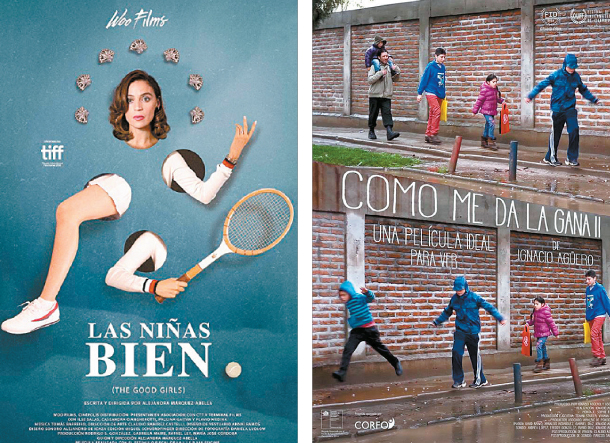 Stop by the Korean Film Archive in western Seoul this weekend to learn what filmmaking was like under decades of dictatorship in Chile before 1990 or a story about the Mexican recession in the 1970s and ‘80s told through the eyes of a woman whose high-end lifestyle is falling apart.

“We all want to live like princesses,” Ana Paula, a woman rising in the ranks of social circles in a posh neighborhood of Mexico City tells the protagonist, Sofia, in the film “Las Ninas Bien [The Good Girls]” (2018).

The line sums up what the group of women in the film strive for in their high-end lives sustained through the successful businesses of their husbands and how quickly their dreams crumble in the face of the debt crisis that shakes the country in 1982.

The embassies of the Pacific Alliance nations - Chile, Colombia, Mexico and Peru - brought a selection of their movies and documentaries to the Korean Film Archive in Mapo District, western Seoul, this week. 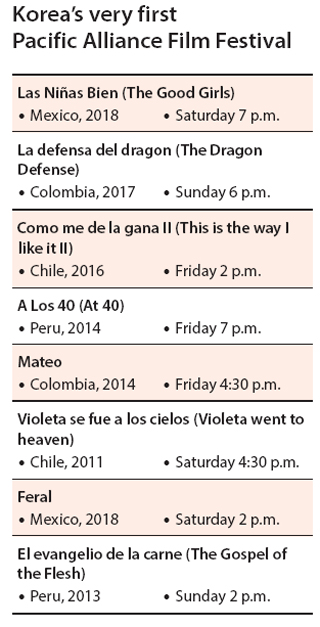 “This is the first Pacific Alliance Film Festival hosted in Korea,” said Luis Fernando Danus, ambassador of Chile to Korea, at the opening ceremony of the festival held at the film archive on Tuesday. “We hope that the eight films will provide glimpses into the culture, society and history of each nation.”

The films provided by the embassies include Chile’s “Como me de la gana II [This is the way I like it II]” (2016), a documentary produced through conversations with Chilean filmmakers; Colombia’s “Mateo” (2014), a story of a 16-year-old boy who infiltrates a local theater troupe to try to pry out incriminating evidence on their political activities; and Peruvian comedy “A los 40 [At 40]” (2014), about seven friends who graduated from the same high school getting together at 40 to talk about their past, future and all that is in between.

“It is true that we don’t get to see films from these four nations, let alone those from other Central and South American countries,” said Joo Jin-sook, director of Korean Film Archive. “Some personal acquaintances of mine have told me that it is hard to find movies in Spanish in Korea. They were happy to hear about this occasion and we hope to be able to provide a wider variety of films at the archive in the coming days.”