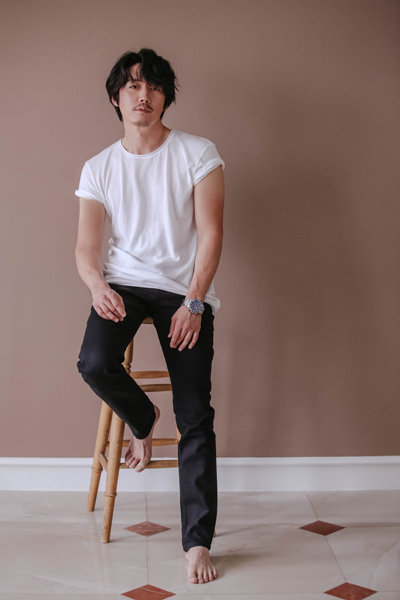 What was it like to be a prince when Korea was transitioning from one dynasty to another in 1392?

“To be able to play the role of Yi Bang-won was something different,” said Jang Hyuk, the actor who plays the fifth son of Yi Seong-gye, founder of the Joseon Dynasty (1392-1910), on the JTBC drama series, “My Country: The New Age.”

“It’s said that he was a man of few words, that he didn’t really let other people know what he had gone through,” Jang said. “So to be able to imagine what it must have been like for him to be able to share a part of his life with others and to portray them in the series - I’d say that was one of the best parts about this role.”

The series tells a fictional story involving Yi Bang-won, Yi Seong-gye and younger characters, including a son of a general and a daughter of a gisaeng (female courtesan), all struggling with different definitions of what Korea is for them as a nation as it transitions from the Goryeo Dynasty (918-1392) to the Joseon Dynasty. The series aired its finale on Nov. 23.

This is not the first time that Jang has played the role of Yi Bang-won: The veteran actor played Yi in the 2015 movie “Empire of Lust.”

Ilgan Sports, an affiliate of the Korea JoongAng Daily, recently sat down with Jang to speak about his portrayal of Yi as well as about his hopes for the future of his acting career. 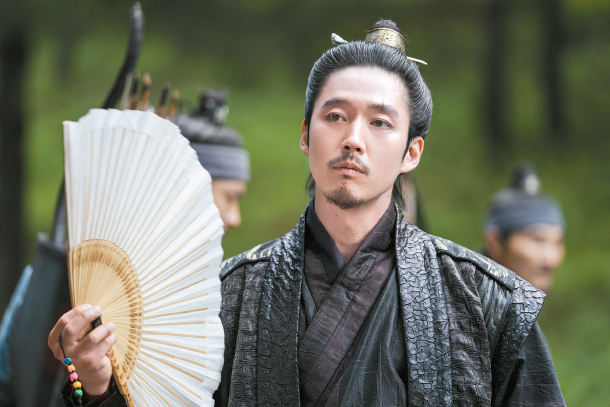 Jang Hyuk plays Yi Bang-won in the JTBC drama series “My Country: The New Age” that recently came to a conclusion after it was aired on JTBC and Netflix from early October. [CELLTRION ENTERTAINMENT]

Q. What was it like to play Yi Bang-won twice?

A. When I played Yi in “Empire of Lust,” I was acting for one film, which is limited in terms of its running time. So I felt that I could not do the character justice in such a short time. So, I was glad I got a second chance to play Yi in “My Country: The New Age.” I had the chance to add more interpretations of the character through the series. It was hard work, but I am happy with the results.

What about Yi did you find strikingly similar to who you are?

Yi is a man who seems heartless at first sight. But he carries deep scars and sorrows because of what he’s gone through. You feel for him in many scenes, like when his father Yi Seong-gye decided to name a younger son the crown prince.

Your role in the TV series was not a leading role - do you have any regrets about that?

I think I’m used to that (laughs). It was always, “[And the stars are,] so and so, so and so, and Jang Hyuk.” Whether I get to be the lead or not was not a factor for me. I joined the show because I wanted to play Yi.

What was it like working with younger actors in their 20s?

I enjoyed working with Yang Se-jong. He is a caring person. Woo Do-hwan’s style of acting was very clear - you could tell he has his own style, and it was well-delivered. Kim Seol-hyun grew through her role in the series. They all gave their best effort.

You already agreed to join the upcoming OCN series “Tell Me What You Saw.” Are you ready for something new?

I want to play as many different characters as possible in my career. After I turned 40, I started to think differently when I received casting offers. I began to ask the question, “Will I ever get an offer for a role like this again in the future?” So that’s why I began to take part in a variety of series with different themes.

What do you do to improve your acting?

I read aloud passages from books. You have to find your voice and have to have good vocalization as an actor.

What are your tricks for memorizing lines?

The lines have to stick with you - they have to come out as if they’re your own words. So you have to keep saying them out loud until they become yours. I tend to practice my lines while I’m boxing because everything around you is hectic, and it forces you to focus even more on what you’re saying.

Can you tell us about your days as a rapper named TJ?

That was when actors had to try out different things to shake things up and get noticed by fans. We had to sing sometimes, release albums and even shoot music videos. I think at the time I wanted to change the image I had from my role in “Volcano High” (2001). I don’t think I’ll go back to trying something like that again, though. I only rapped because it was mildly better than my singing skills.

My New Year wishes are the same every year. I really hope that this life I have will continue next year. I hope that I will always have roles and projects I want to try out.