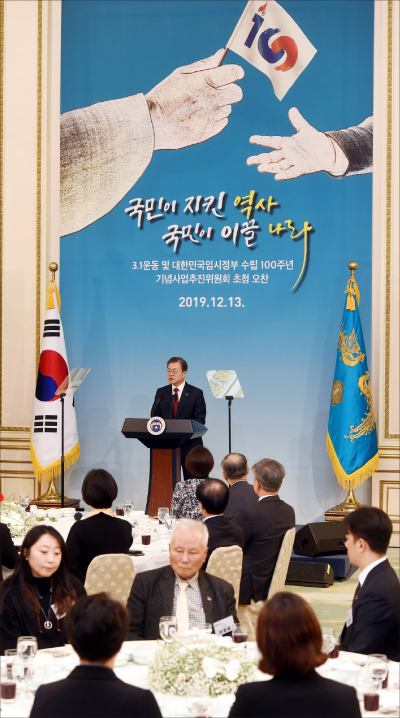 President Moon Jae-in speaks during a luncheon meeting in the Blue House on Friday with members of a presidential panel on commemorating the 100th anniversary of the March 1st Independence Movement and the establishment of the provisional government during Japan’s colonial rule of Korea. [JOINT PRESS CORPS]