The case for a U-turn

The case for a U-turn 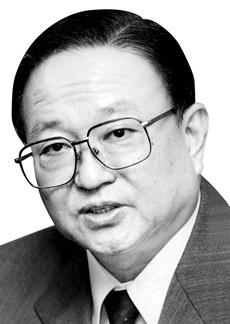 Chang Chi-hyuck
The author is the former chairman of Kohap Group.

South Korea is facing its worst-ever crisis amid a massive geographical paradigm shift triggered by Sino-U.S. conflict. Game changers who wish to alter the course of history are popping up here and there. U.S. President Donald Trump is one such person. So are North Korean leader Kim Jong-un and Japanese Prime Minister Shinzo Abe. As the world is rapidly changing, we’re the only ones unable to recognize it.

To squarely face reality, we must look at history and our past experiences. If the members of our society do just that and try to handle the situation wisely, then we can survive.

It is crucial to go along with the global tide. Here, we need to listen to what Peter Zeihan, an American geopolitical strategist, said during a recent visit to South Korea. As Northeast Asia is full of heated political battle from the world’s greatest powers, the most important role for South Korea’s leader is to objectively discern such dynamic power relations and find a path for survival and prosperity. However, we can hardly see such efforts from the South Korean leader, he said.

Saul, who brought enormous changes to the history of mankind, was filled with a passion to persecute Christians. On the road to Damascus one day, however, a bright light struck him and sent him falling to the ground. Saul went blind for three days, and as he regained his sight, he took a major turn in his life, received baptism, and eventually became Paul the Apostle, or Saint Paul, helping change world history in great ways.

Former South Korean President Park Chung Hee was a first lieutenant in the Manchukuo Imperial Army during Japanese rule. After Korea gained independence from Japan, he led a communist cell within the South Korean Army. But later, he faced reality and turned away from communism. He made a U-turn and chose capitalism, free market economics and helped create an industrial nation.

Enraged by Park’s betrayal, North Korea dispatched a team of North Korean commandos, including Kim Sin-jo, to the South in 1968 on a mission to assassinate him, but failed. After becoming president, Park led the South through industrial development and successfully established the nation’s cornerstones for becoming one of the world’s 10 largest economies. Making a U-turn is not something to be embarrassed about if it’s for justice. It’s courageous. 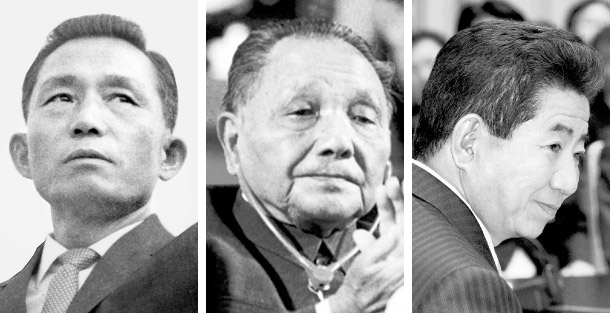 Millions of Chinese people starved to death under the communist rule of Mao Zedong. Deng Xiaoping noticed the accomplishments of Park Chung Hee, dispatched his closest aide to South Korea in 1988, and after a final look, decided to establish diplomatic relations with South Korea. Every high-level government official in China was forced to read Park’s biography at least four times. As soon as I was informed of the schedule for the establishment of diplomatic ties from the Chinese government, I directly reported the case to Kim Young-sam, who would later become the South Korean president after Chinese-South ties were formed in 1992 during the administration of Kim’s predecessor, Roh Tae-woo. Deng made a U-turn in the Chinese communist path by choosing economic reform and a free market economy.

Deng claimed communism did not exist, and his economic reform and opening policy thrust China into becoming one of the world’s two superpowers alongside the United States. This, too, was the result of a great leader who faced reality and took a major turn for his nation, though Deng died without achieving democracy in China.

North Korean founder Kim Il Sung tried to follow in the footsteps of Deng, and I know this from personal experience. In 1994, Deng sent Jiang Zemin to Pyongyang on a mission to convince Kim to choose the path of economic reform and opening like China, and to hold an inter-Korean summit. Kim was said to have accepted the idea, and immediately after he did, Deng told me this, and I relayed that information to President Kim Young-sam.

In July 1994, Kim Il Sung fixed the schedule for a first South-North summit, but something completely unexpected happened. As Kim was writing a statement announcing economic reform and opening, he died with a pen in his hand. Kim Young-sam’s successor, Kim Dae-jung, eventually held a summit with Kim Il Sung’s successor, his son Kim Jong-il, in June 2000 in Pyongyang.

I was a member of Kim Dae-jung’s delegation to the North Korean capital as head of the South-North economic cooperation committee. As the two Korean leaders were announcing their joint statement, a North Korean working-level official who was seated opposite of me suggested something totally unforeseen. He told me that because Kim Dae-jung was old and did not have the will to immediately carry out inter-Korean projects for reunification, a young and reliable South Korean successor would be better for the mission. I instantly responded that North Korea should not interfere in our presidential system because South Korea is a democratic nation that elects presidents through free elections. I also told him that if North Korea ever tries to interfere in South Korean politics, the two Koreas will return to a period of conflict. After my warning was conveyed, I stood from my seat and left.

President Kim Dae-jung was engaged in a peaceful inter-Korean summit as head of South Korea. The North had huge hopes for Kim Dae-jung’s successor, Roh Moo-hyun, but after Roh was elected, he faced reality, and unlike Pyongyang’s expectations, made a U-turn and protected the South Korean nation.

Time for a U-turn

What about South Korea’s current situation? How can we protect the nation? Let’s recall Britain’s former Prime Minister Neville Chamberlain, who was deceived by Hitler’s Nazi government before World War II. South Korea must remember how France collapsed in the face of Nazi occupation. A leader who fails to prevent a war has the same responsibility as causing one.

The United States hopes North Korea takes a U-turn, but there’s a very slim chance — if any — that it will completely give up its nuclear weapons. North Korea’s current leader Kim Jong-un hopes to turn the tables, seeing Trump’s bid for the next presidential election as a chance to force American troops out of the Korean Peninsula through nuclear negotiations. Once he achieves that goal, he will try to communize South Korea by teaming up with leftist forces here to create a federal government.

There are always people who refuse to follow the flow of history. Tens of millions of lives were sacrificed under Hitler’s credo, and he faced the tragic end of a suicide. Lenin and Japanese imperialism, likewise, collapsed in disgrace. Kim Won-bong was a genuine independence fighter decades ago, yet he betrayed his own country, caused a war that led to the death of millions of people and died in a political prison camp.

Chinese President Xi Jinping is currently walking a different path from Deng. One silver lining is that China has not suppressed the Hong Kong protesters with military force yet. There’s nothing more important than freedom.

Watching the arrogant actions and words of Chinese Foreign Minister Wang Yi during his recent visit to Seoul, I was reminded of Heungseon Daewongun in the last years of the Joseon Dynasty (1392-1910) and the so-called ideology of Mohwa, or looking up to Chinese civilization. It made me miss Deng.

The Korean Peninsula can only achieve survival, prosperity and peace when it overcomes the geopolitical crisis with a geo-economic strategy. It’s time for us to make a strategic U-turn as per the new era’s flow.

In 2008, I recommended China to participate in the United Eurasia Integration Project, which was based on the idea that the Korean Peninsula would serve as the hub of Eurasian integration and create significant value in the global era. But years later, Beijing introduced the Belt and Road Initiative and chose to go in the opposite direction of globalization.

South Korea can lead a new era of cooperation, prosperity and peace by creating a Eurasian line that meshes with China’s Belt and Road Initiative, and connect those with the United States’ Indo-Pacific strategy. It would be a global win-win networking system linking the Eurasian continent to the Atlantic and the Pacific, and finally to the United States.

I hope South Korea finds a new leader who can see things with a new perspective and bravely make a U-turn. A U-turn is different from betrayal. It is a path that a great leader takes after finding freedom and justice and a path where division and conflict die out.