North conducts yet another test from Sohae site

North conducts yet another test from Sohae site

North Korea conducted a “crucial test” at a launching station on its western coast on Friday, which its military chief claimed will be used to develop “another strategic weapon” aimed at deterring a nuclear threat from the United States.

The Academy of Defense Science, the North’s agency responsible for its missile development program, announced in an English statement released to the official Korean Central News Agency (KCNA) on Saturday that the test had been successfully conducted between 10:41 to 10:48 p.m. Friday at the Sohae Satellite Launching Ground, where just six days earlier it tested what is believed to be a rocket engine possibly intended for a long-range missile. 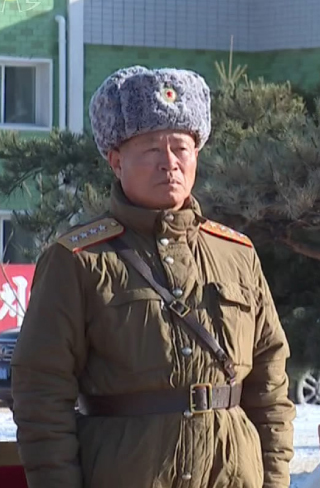 “The research successes being registered by us in defense science one after another recently will be applied to further bolstering up the reliable strategic nuclear deterrent of the Democratic People’s Republic of Korea,” the statement read, using the formal name for North Korea.

Another English-language statement regarding the test followed shortly after, issued by Pak Jong-chon, chief of the General Staff of the Korean People’s Army, who claimed the “priceless data, experience and new technologies” gained through the regime’s weapons tests will be used to “definitely and reliably” restrain and overpower a U.S. nuclear threat.

“Genuine peace can be safeguarded, and our development and future be guaranteed only when the balance of power is completely ensured,” Pak said. “We have stored up tremendous power.”

The implication given by the pair of statements - the first mentions of a nuclear-related weapons project by the North since it began engaging the United States and South Korea last year - is that both Friday’s test and the one on Dec. 7 may be related to the development of a long-range missile capable of threatening the continental United States.

South Korea’s military and intelligence authorities believe the two tests may be an attempt by the North to develop a new type of multi-stage rocket, though they have yet to conclude whether that rocket could be used for an intercontinental ballistic missile (ICBM) or a satellite.

Located in Tongchang-ri, North Pyongan Province, the Sohae site was the venue for several rocket launches from 2011 to 2016 involving satellites that the North claimed were intended for peaceful purposes. The mentions of deterrence factors with the last two tests have led some analysts in South Korea to speculate that Pyongyang could launch a new satellite capable of preemptively detecting U.S. and South Korean military movements, while others say the tests appear related to an ICBM.

“I’m of the belief that this important test may be closer to a solid-fuel [rocket engine test],” said Kim Dong-yub, a professor of North Korean studies at Kyungnam University’s Institute of Far Eastern Studies in South Korea. “North Korea already announced with a Pukguksong-2 [ballistic missile] test supervised by North Korean leader Kim Jong-un in February 2017 that its rocket industry had firmly transitioned from liquid-fuel engines to high-output solid-fuel engines.”

North Korea appears to be hedging its decision based on Washington’s response.

While vowing that the regime’s army was “fully ready” to carry out any decision by Kim, Pak said in his statement that Pyongyang should “be familiar with both dialogue and confrontation,” leaving open an option for diplomacy.

“In the situation of the acute confrontation, the U.S. and other hostile forces will spend the year-end in peace only when they hold off any words and deeds rattling us,” he added.

Tensions between the two countries are at their highest since the North Korean leader reversed course from nuclear and missile testing last year to enter into diplomacy with the South and the United States. In the wake of Pyongyang’s first test at the Sohae site, the U.S. delegation to the United Nations called a Security Council meeting on Wednesday that warned the regime against further provocations while vowing a “flexible” approach was still possible.

To this, Pyongyang’s Foreign Ministry released a statement Thursday through KCNA condemning the Security Council meeting as a “hostile provocation,” saying the move was a “wanton violation of the principle of respect for sovereignty” as stipulated in the UN Charter and that it may propel the North towards a “definite decision” on its path forward.

“Such claim that [the United States is] entitled to launch ICBMs any time and we are not allowed to conduct the tests done by any other countries just sheds light on the nature of the bandit-like U.S. which seeks to disarm us completely,” the English statement read. “As we already declared, we have nothing to lose more and we are ready to take a countermeasure corresponding to anything that the U.S. opts for.”