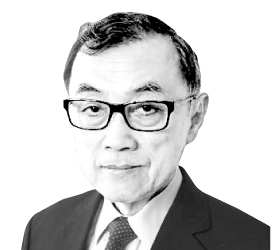 Six months after a million people marched to protest an extradition bill under which Hong Kong residents and visitors could be sent to mainland China for trial, another massive anti-government protest was held Dec. 8 to mark International Human Rights Day.

The response by the administration of Hong Kong’s Chief Executive Carrie Lam was similar on both occasions. In June, the government issued a statement that said that the demonstration was “an example of Hong Kong people exercising their freedom of expression within their rights as enshrined in the Basic Law.”

But the government then swept aside the protest by a million people and said, “The Second Reading debate on the Bill will resume on June 12.”

It wasn’t until September, after countless other protests, many of them violent, that the government finally gave in and announced the withdrawal of the bill. By then, the protesters had other demands, such as setting up a commission of inquiry to look into police actions, amnesty for those arrested, withdrawal of the “riot” description of the June 12 protest when the legislature was surrounded and so unable to debate or vote on the bill and the implementation of universal suffrage.

Similarly, after the Dec. 8 protest, the government patted itself on the back and in a statement said that the march by 800,000 people reflected the freedoms enjoyed by Hong Kong. The statement didn’t respond to any of the demands made by protesters but merely said the government “hoped to work together with the whole community to stop the violence, uphold the rule of law, restore social order and find a way out for Hong Kong’s deep-seated problems through dialogues.”

She first pointed out that the extradition bill had been withdrawn. “As for other demands, we really have to stick by certain important principles,” she said. “If a particular demand requires us to deviate from the law, not to uphold the rule of law in Hong Kong or to do things actually beyond the powers of the chief executive, I could not agree to accept those demands simply for the purpose of meeting people’s aspiration. …”
That has been her standard response for months. Despite protests, peaceful or violent, she has refused to change her stance.
Yet, there are demands that she can meet without deviating from the rule of law and for which there are precedents.
For example, commissions of inquiry have been appointed by her predecessor and by Lam herself. There is no obstacle to setting one up, but she simply refuses to do so.

As for an amnesty, one was declared by former Hong Kong Governor Murray MacLehose in 1977 for corrupt policemen. After off-duty officers stormed the offices of the Independent Commission Against Corruption, MacLehose announced that all past cases of police corruption, except the most egregious ones, would be pardoned, but new offenses would not be condoned.

Lam could easily take a similar action and pardon all except for those charged with very serious offenses.

As for universal suffrage, she may lack the authority to grant this, but she can certainly undertake to inform Beijing of the wishes of the people of Hong Kong and say that she will do whatever she can using local legislation, such as getting rid of corporate votes.

Another thing the chief executive can do is to get fresh blood into the government to replace some of the worst people in her cabinet and in the Executive Council that is supposed to advise her but which she packed with yes men. Among the prime candidates to be replaced are Justice Secretary Teresa Cheng and Security Secretary John Lee. Yet, in the six months since the June 9 march, Lam has made no move to replace them or, indeed, anyone else.

Asked about this Tuesday [Dec. 10], she replied, “From time to time, in the last few months, there have always been speculations and rumors about reshuffling of my team including the principal officials and maybe also including the Executive Council. My first priority now is really to restore law and order in Hong Kong and to ensure that Hong Kong could continue to move ahead both economically and socially. So this is not an immediate task that I would accord a lot of attention to. I hope that all these rumors and speculations will not spread further because these are not very helpful speculations.”

The chief executive seems blissfully unaware that there is a tangible link between her officials and advisers and the enduring street protests. She doesn’t seem to realize that getting rid of people who had played a key role in advising her to press for the disastrous extradition bill would help calm the situation and restore law and order. As long as she is seen to be relying on the same people who had led her astray in the first place, it would be difficult to restore peace.

But this simple concept seems to be beyond her comprehension. She keeps calling for violence to end, without taking actions that can make that happen.