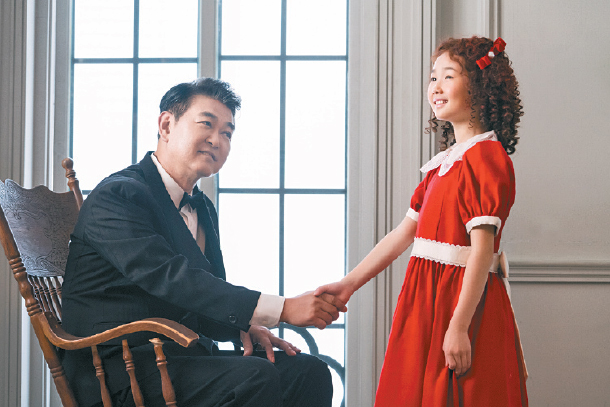 The Broadway hit musical “Annie” is being staged by the Seoul Metropolitan Traditional Musical Theater, which was established in 1961 and is one of the longest-running theaters in Korea.

Based on the comic strip “Little Orphan Annie” by Harold Gray, the musical was first staged in Broadway in 1977 and has been reproduced across many countries since.

The show tells the story of Annie who lives in an orphanage in New York. She believes her parents will return someday to take her back home, but she eventually gets tired of waiting for so long and sneaks out of the orphanage in search of her parents.

Annie is considered a nuisance by Ms. Hannigan, the head of the orphanage, because her frequent escapes put Hannigan’s career at risk.

Meanwhile, Christmas is coming and the orphanage greets an unexpected guest, the secretary of the billionaire Oliver Warbucks.

Warbucks is searching for an orphan to spend Christmas with. Of all the orphans, Annie is chosen for the special day out.

Maestro Gum Nanse will present a one-day Christmas concert for families. The conductor will play a list of classical pieces including Bizet’s “Symphony in C Major,” first and second movements, and Beethoven’s “Symphony No. 5 in C minor, Op. 67,” third and fourth movements.

The award-winning violinist visited Korea last year and appeared as part of an ensemble with other musicians.

This is Chang’s first solo recital in seven years since the last one in 2012.

Having debuted at the age of 8 in 1990 with the New York Philharmonic led by conductor Zubin Mehta, Chang has been at the top of the classical music for decades.

The solo recital will be accompanied by pianist Julio Elizalde and will include performances of “Bartok Romanian Folk Dances Sz.56,” “Cesar Franck Violin Sonata in A major M.8” and “Salut D’Amour Op.12.” 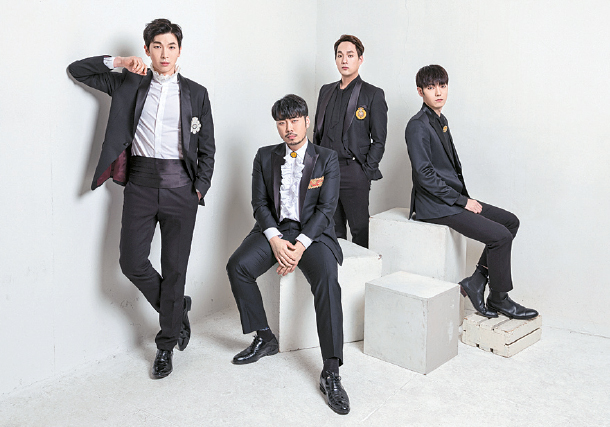 The country’s three popular crossover groups are coming together for the 2019 Phantom of Classic. The concert will feature Forte di Quattro, Forestella and Miraclass, above. It is a rare chance for music aficionados to see all three groups perform at one concert.

All three quartets made a name for themselves on the JTBC music competition show “Phantom Singer.” 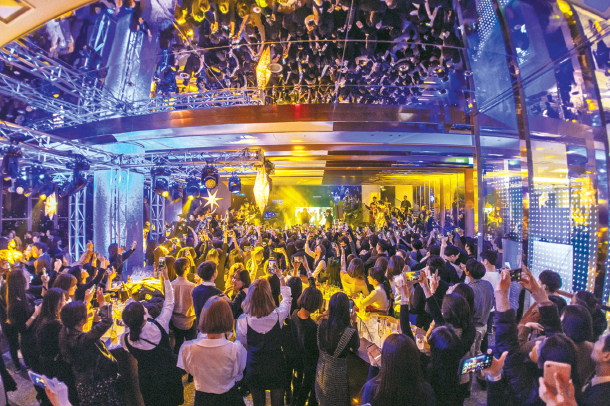 As the year is nearing its end, music festivals lure music fans with fireworks and countdowns to the New Year. One of the city’s biggest New Years’ celebrations is “2020 Countdown” which will be held at Vista Walkerhill Seoul in Gwangjang-dong, eastern Seoul. The festival features rappers and D.J.s. The musicians will count down to 2020 along with the crowd and celebrate until the morning. [VISTA WALKERHILL SEOUL ]

For those who want to greet the New Year in an artistic way, many arts centers in Seoul offer year-end concerts with fireworks and a countdown to the New Year at midnight.

The “SAC New Year’s Eve Concert” will start at 9:30 p.m. on New Year’s Eve. The Korean Symphony Orchestra, conducted by Chung Chi-yong, will perform music from operas including “La Forza del Destino” overture by Giuseppe Verdi and “Si, Mi Chiamano Mimi” from opera “La Boheme” by Giacomo Puccini among many others.

After the countdown, the audience will be guided outside to watch fireworks. Tickets range from 30,000 to 100,000 won.

Lotte Concert Hall organizes year-end concerts on Dec. 30 and 31. The audience will be able to count down until the New Year together, but there will be no fireworks.

The Ditto Orchestra will perform under the baton of Choi Soo-yeol and will be accompanied by violinist Kim Bomsori, soprano Im Sun-hae and organist Choi Kumi. The concert will be hosted by musical star Kai.

Lotte Concert Hall has the biggest pipe organ in the country, so its organ pieces differentiate its offering from other similar sorts.

The musicians will perform works including overture from “The Carnival of Rome” by Hector Berlioz and “This is the Moment” from musical “Jekyll and Hyde” by Frank Wildhorn.

A concert with the exact same program, minus the countdown, will be staged on Dec. 30 for those who can’t make it to the year-end concert. The concert starts at 8 p.m. Tickets range from 40,000 won to 90,000 won.

More casual year-end music festivals are on offer, too.

The concert will be held at Nodeul Island Live House, located in Yongsan, central Seoul.

The Cass Blue Playground World Countdown is being held at Dongdaemun Design Plaza on New Year’s Eve starting at 6 p.m. and running until 6 a.m. the next day.

World-famous D.J.s including Yellow Claw, Salvatore Ganacci, Kura and Yves V will be participating. Only those who are over 19 are eligible to enter the music festival.

Rapper Woodie Gochild and Korean D.Js, including DD and Jaybee, will take the stage.

When tickets are purchased in advance, they will cost 19,900 won, without any free drinks. When a ticket is purchased on the spot, it will cost 50,000 won and include a welcome drink.