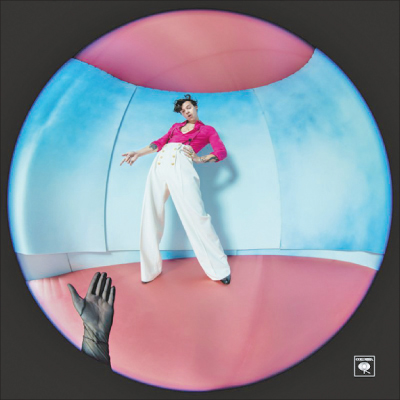 Arriving just in time to mess up everyone’s best-of-the-year music lists is Harry Styles’ sophomore album, “Fine Line.” The former One Direction member richly deserves a spot on yours.

The 12-track album continues Styles’ tour through his musical influences and yet also shows signs that he’s coming up with his own sound.

The men of One Direction are each taking their own direction, but Styles proves the most ambitious. (Take notes, Liam Payne.)

Styles has reunited with producers Jeff Bhasker, Tyler Johnson and Kid Harpoon, who helped mold his sound on his first album. And the singles released so far - the foot stomper “Watermelon Sugar,” the soaring, soulful “Lights Up” and the blissful “Adore You” - are all different and great.

There’s also the Queen-ish “Treat People with Kindness,” which is a cheerful, funky slice of the ’70s, with Styles trading verses with a choir. “Fine Line” ends the album with another song about the push and pull of former flames and broken things. But it concludes with hope: “We’ll be alright.” If he keeps making music like this, we all will be.