‘Phantom’ returns and delivers a grand spectacle: Songs are the same, but the show’s star is the new chandelier

‘Phantom’ returns and delivers a grand spectacle: Songs are the same, but the show’s star is the new chandelier 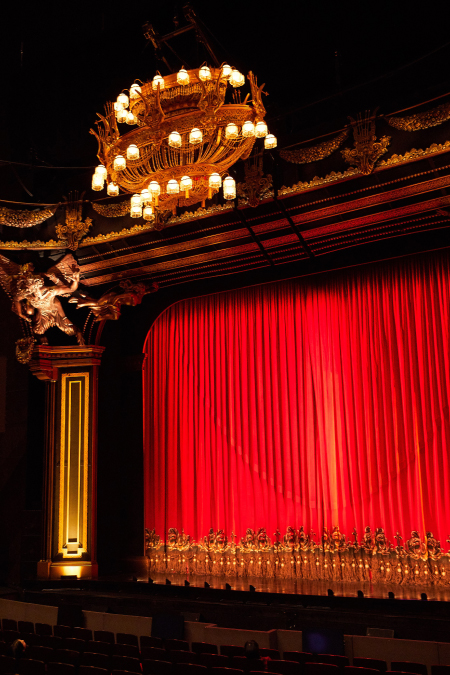 The international tour production of “The Phantom of the Opera” premiered in Manila and is now being staged in Busan. The show added some technical advancements, including a new chandelier, which has become bigger, but lighter. [CLIP SERVICE]

BUSAN - “The Phantom of the Opera” is known as a “timeless musical” that has touched the hearts of many audiences, whether they watched it in its early years during the 1980s and 90s on Broadway or in the West End or elsewhere around the world in more recent years. There’s no doubting its success - it is the longest-running show in Broadway history by a wide margin - as the plot tells a “Beauty and the Beast”-like fable in the form of a musical, and the music is written by one of the most celebrated musical theater composers, Andrew Lloyd Webber.

Nevertheless, unless you are an ardent fan of musicals, it is difficult for one to watch the same musical that tells the same “timeless” story more than once or even twice. After seeing “Phantom” for the fifth time (thanks to being a reporter who covers theater), I realized that the success of the show lies in the technical advancements that the show’s production company continues to make.

The plot and the musical numbers of course remain unchanged. It still revolves around a beautiful soprano, Christine Daae, and the mysterious, disfigured genius who writes opera music while living in a subterranean labyrinth beneath the Paris Opera House. This disfigured man, who gets the name the Phantom of the Opera becomes obsessed with Christine, writing pieces just for her.

The show’s latest international tour production, which arrived at Busan’s new Dream Theatre on Dec. 13 after premiering in Manila, tells the same story, and the cast sings the same famous songs, including “The Music of the Night,” and “All I Ask of You.” 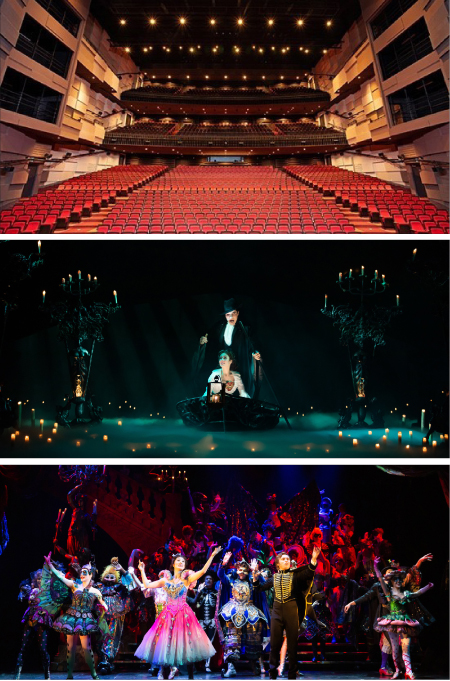 From top: The new Dream Theatre opened in Busan early this year, allowing large international musical shows like “The Phantom of the Opera” to be staged in the city; a popular scene from the show during which Christine and the Phantom are on a small boat; the show’s masked ball scene in the beginning of the second act. [CLIP SERVICE]

However, unlike the four previous shows this reporter has seen, the latest international tour production of “The Phantom of the Opera” finally captivated my attention. (This is coming from a person who could not even make it to the end of the show during a production in the West End in 2009.)

The major transformation is the show’s signature prop: the chandelier. The international production team decided to recreate the chandelier, making it bigger but lighter, causing the audience members, especially those sitting in the front rows in the center of the auditorium, to make audible jaw-dropping gasps.

Not only the size and the weight, but also the way the prop proceeds down onto the stage - the so-called chandelier crash scene - have also been re-engineered for the international production, according to Alistair Kilbee, the technical director of the show.

“The chandelier is now suspended by two counter arms and main arch to suspend over the front row of the audience,” said Kilbee. “This design is an attempt to reduce the roof load above the auditorium and transfer the weight back down to the floor. This way we have been able to take ‘The Phantom of the Opera’ around the world to places where we were not able to take it previously due to the roof structure.” 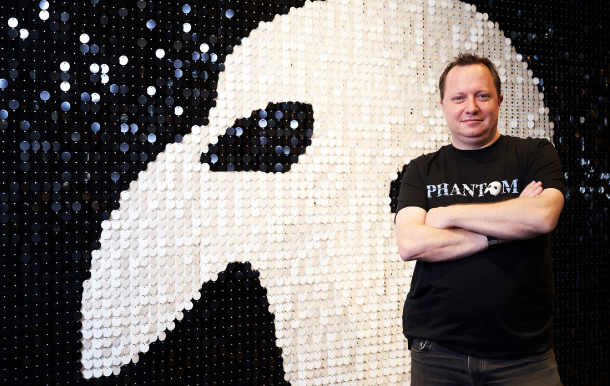 The chandelier, which is decorated with over 6,000 beads, is about 300 kilograms (661 pounds) and travels 3 meters per second (9 feet per second). Although its updates allows it to potentially travel faster than chandeliers used in other productions, the speed remains the same since it falls at the same tempo as the music.

The internal frame of the chandelier is made out of aluminum, to minimize the weight while the bead decorations have been made out of vacuum-formed plastic to make them lighter as well. All of the lighting in the chandelier has also been updated. All those wires that used to be connected to the light bulbs in the old productions are gone and have been replaced with LED lights that run on rechargeable batteries.

The scene in the first act where Christine and the Phantom of the Opera board a small boat to cross a subterranean lake to his secret lair also looks amazing with the technical updates. The boat travels a lot smoother, and the dry ice used on the stage floor makes the temperature of the theater slightly lower, allowing the audience to be immersed in the show and feel as if they are down in the cellar space of the opera house along with the two protagonists.

“We are proud to bring the show to Busan to this magnificent new theater for musicals,” said Rainer Fried, the associate director of the show. “It’s really one of the best venues we’ve taken this show to. It’s beautiful. It’s got fantastic facilities. And it’s technically completely of the latest standard, which is what you need when you want to do a show like this one.”

The technical advancements indeed make the show look state-of-the-art, which perhaps counters to the spooky, Victorian-era mood the show is supposed to give. But for many modern musical goers, who are no strangers to the newest technologies on stage, this version of the show seems more relevant.

“With all that technical upgrades we’ve made to the show, we were quite concerned [with making] the show look like ‘The Phantom of the Opera,’” said Fried. The show is supposed to take audiences back to the Paris Opera House of the 19th century, but the latest version indeed looks high-tech.

“When we moved the show in the theater and started getting things into place, we were all amazed at how it looks exactly as it is supposed to. Nothing’s missing, and it’s exactly what the audiences will be expecting.” The chandelier, despite the upgrades, looks as heavy and as unstable as the ones in the previous versions in that it does not take away from the show’s nail-biting moments.

The show’s Seoul run begins on March 14 and will be on stage through June 26 at the Blue Square in central Seoul. Tickets range from 60,000 won ($51) to 170,000 won. For more information, visit www.phantomoftheopera.co.kr