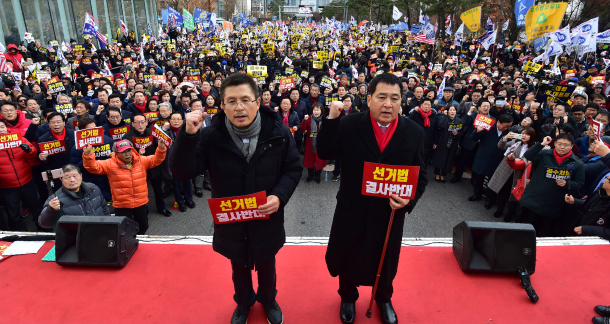 Outside of the National Assembly compound in Yeouido, western Seoul, on Tuesday, Hwang Kyo-ahn, left, chairman of the main opposition Liberty Korea Party (LKP), and Shim Jae-cheol, right, the LKP’s floor leader, lead a rally with their conservative supporters to denounce the ruling Democratic Party and its legislative allies for attempting to pass several contentious bills aimed at introducing a new election system and weakening the prosecution’s powers. [KIM KYUNG-ROK]