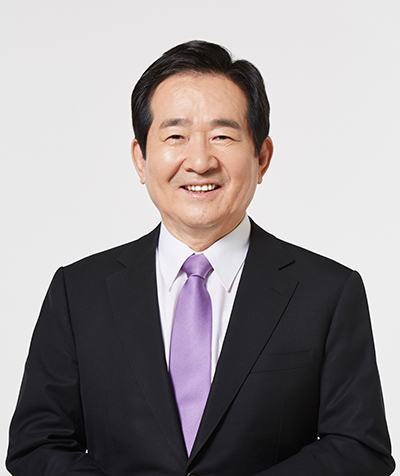 Chung, a veteran politician of the Democratic Party and a former businessman and commerce minister, will succeed Prime Minister Lee Nak-yon. Chung needs to be approved by the National Assembly after a confirmation hearing.

Moon made the announcement Tuesday afternoon at the press center of the Blue House. He said he decided to name Chung because of his expertise in economics.

“He was a successful businessman,” Moon said. “As the commerce minister of the Roh Moo-hyun administration, he also opened the era of $300 billion in annual exports for Korea.”

Moon said he expects Chung to successfully deal with extreme political fractiousness by respecting and cooperating with opposition parties.