No. 2 official of anticorruption watchdog quits

No. 2 official of anticorruption watchdog quits 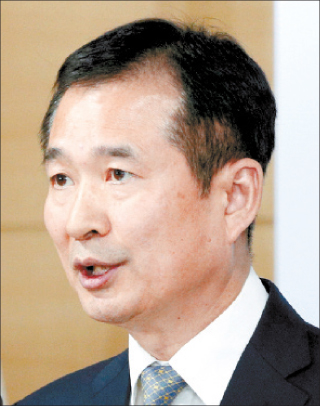 The vice chairperson and secretary general of Korea’s anticorruption watchdog has recently expressed his intentions to resign from the agency, apparently due in part to his frustration with the Moon Jae-in administration.

Lee Geon-lee, the second-highest official in the Anti-Corruption & Civil Rights Commission (ACRC), is said to have told ACRC Chairperson Pak Un Jong last week and other ACRC officials on Monday that he wants to resign, sources with knowledge on the matter exclusively told the JoongAng Ilbo.

The Blue House, which holds the authority to accept or strike down Lee’s resignation, is currently said to be reviewing his decision.

It is not known precisely why Lee is stepping down, but one source in the legal circle said Lee has been “frustrated” with the Moon administration’s definition of “justice” and how it wasn’t consistent. An ACRC official said Lee told his colleagues Monday, “I’ve completed all my work, and it’s time for me to leave now.”

Lee, a former senior prosecutor, is known to have played a critical role in the ACRC since he was appointed to the position of vice chairperson and secretary general in April 2018, especially at times when the anticorruption commission made decisions or statements that appeared to go against those of the Moon Blue House.

When the ACRC hesitated to publicly show discord between the presidential office, Lee is known to have convinced ACRC Chairperson Pak to stick to its principles and air any differences.

Such was the case in February when the ACRC confirmed Blue House whistle-blower Kim Tae-woo was a so-called state-protected whistle-blower.

By law, the commission can name a person as a state-protected whistle-blower if they make claims in any of 284 types of cases where public interest is violated and when there is no clear proof that the person is lying.

Kim, who originally worked for the prosecution, was temporarily dispatched to the Blue House in July 2017 to serve in the Blue House special inspection bureau, which monitored top government officials tapped by Moon, as well the president’s relatives, for possible corruption.

In November 2018, the Blue House fired Kim while accusing him of interfering in a police investigation, after which Kim began leaking details of his time at the Blue House to the local press, claiming he was wrongly ordered to spy on private citizens and that Moon’s top aides tried to cover up alleged corruption by powerful liberals.

Kim asked the ACRC for acknowledgement as a “state-protected whistle-blower,” and he was bestowed such title despite opposition from the Blue House.

When Moon appointed Cho Kuk, his former senior secretary for civil affairs, as his new justice minister earlier this year despite the litany of allegations surrounding Cho and his family, the ACRC criticized Moon’s decision, saying it was “a conflict of interests” to make Cho lead the Ministry of Justice when his wife has been indicted by the prosecution.

In both cases, Lee is known to have played a crucial part.

“He’s a man of strict principle,” a former senior prosecutor who knows Lee told the JoongAng Ilbo Monday. “He must have deeply thought about the issues when he decided to lock horns with the Blue House.”

Another lawyer who used to work as a chief prosecutor of a high district prosecutors’ office expressed doubt that the ACRC would retain its own views and principles if Lee leaves the commission.

Lee is speculated to return to his former job as an attorney at the Dongin Law Group and not run in next year’s general election to become a lawmaker.