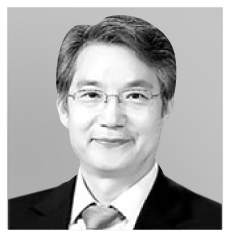 The landscape at the end of 2019 is quite different from a year ago. At this time last year, North Korean denuclearization seemed to be as certain as a dinner date between the leaders of North Korea and the United States. Next year, the two may get closer to a military clash than they were in late 2017. Pyongyang has been saber-rattling to build a war-like stage for 2020.

What exactly is North Korean leader Kim Jong-un thinking? Is he reinforcing his determination to safeguard his “nuclear sword”? Is he readying inter-continental ballistic missiles and nuclear tests as the self-imposed year-end deadline on a deal with the United States nears? After Pyongyang announced Sunday that it had conducted a “very important” test at its Sohae Satellite Launching Station, U.S. President Donald Trump warned Kim that he could lose “everything” if he continues to act in a “hostile way.” But Kim Yong-chol, North Korea’s top negotiator, rebuffed the U.S. president. “Trump knows so little about us. We have nothing to lose anymore,” he said. But he and his boss know they have very much to lose indeed.

If Pyongyang crosses the red line, Washington is bound to slap additional sanctions on the recalcitrant state. Beijing and Moscow won’t be able to protest. Chinese President Xi Jinping’s hopes to deter North Korean provocations to keep the region stable will be dashed. Beijing inevitably would have to close the backdoors to supplies for its neighbor again. Then North Korean lives would become tougher. Can Kim sustain further strain on his fragile state?

Kim is most concerned about the repercussions of lengthy sanctions. Sanctions hurt North Korea’s trade and foreign-currency revenues and rattle the market and industry. Foreign reserves of the North are expected to lose a minimum of $1 billion a year as a result. In a few years, its coffers will be empty. The country cannot live without imports.

North Korea’s trade deficit has been widened by imports of consumer and intermediary products. Exports have plunged by more than 90 percent since trade sanctions. But imports of consumer and intermediary goods, which take up more than a third of the North’s total inbound shipments, were little changed. If Pyongyang stops all imports, the North Korean market and people will suffer. It could risk losing public confidence and stoking social unrest. State institutions whose revenue relies on resale of foreign products would crumble. Reduced imports of intermediary products also can wreck industry.

Eight out of 10 North Koreans who fled their motherland and came to South Korea less than a year ago placed “individualism” before group interests. In the same survey this year by Seoul National University, 72 percent preferred capitalism to socialism. North Koreans have already tasted the fruits of individualism and money. If they lose incomes and jobs, they will turn their backs on the regime and their leaders.

By the end of this year, thousands of North Koreans who worked abroad are expected to return home. That will take a further toll on its reserves. Those who had experienced life overseas could share their stories once they return. Their negative sentiments toward the leadership could spread fast. Kim does not have much time. The clock is clicking and the bomb could explode any time.

Pyongyang has betrayed its anxiety through belligerent language. It has nearly threatened to go to war next year. But tough words and actions are completely different. A military conflict is suicidal. Trump could flag a military option ahead of the U.S. presidential election next year. Even if Trump does not win a second term, there is no guarantee that the new tenant of the White House will engage Pyongyang. At the same time, Kim could become an international laughing stock and lose favor with the leaders of Beijing and Moscow if he sticks with belligerency toward Washington.

Kim is like the bird in a cage. He may chirp as much as he wishes. But he cannot fly away. Even if he has Beijing and Moscow on his side, the best he can get is slightly more space in the cage. He has an option of trying to break his way out. But such a suicidal act would only intensify uncertainties around the Korean Peninsula.

There is no need to pay heed to the noise or feigned gestures from the cage. We must not be fooled into opening the cage by easing sanctions as Beijing and Moscow suggest. Given the Moon administration’s track record, however, it remains to be seen if it really has the ability to build any kind of consensus at home or abroad.