Is there anything they can’t do?

Is there anything they can’t do? 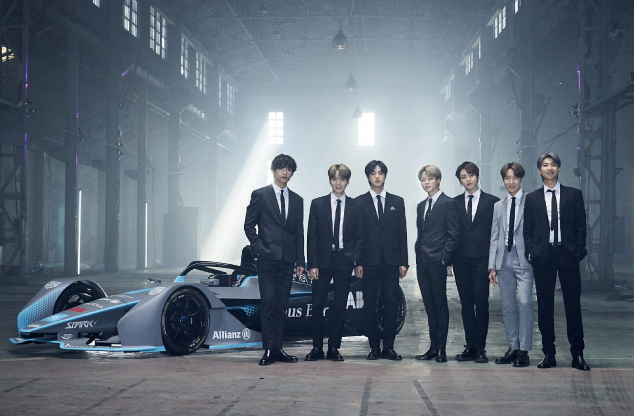 K-pop boy band BTS is teaming up with Formula E as an ambassador for the coming year’s ABB FIA Formula E Championship. Formula E Korea announced in a statement Thursday that it believes BTS has wide global fame that will help the band serve as a great representative to relay the mission of the racing series to have people embrace clean energy and become future drivers of electric vehicles.

The racing series operator said BTS has had more than 60 million listeners this year and has more than 90 million combined followers on all official social media accounts. The boy band will star in Formula E’s advertisements starting next month. The electric-powered car racing series for the 2019/2020 season kicked off last month. Its 10th round will be held on the streets around Jamsil Stadium in southern Seoul on May 3 next year. A total of 12 teams and 24 racers compete in 14 rounds throughout the season. [FORMULA E KOREA]