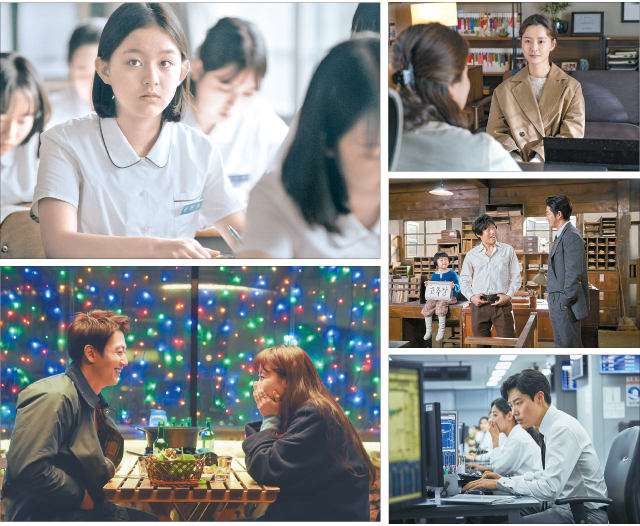 Although director Bong Joon-ho set a new precedent in Korean cinema this year after his film “Parasite” took home the Palme d’Or at the Cannes Film Festival, 2019 has also been filled with successful films by female directors, starting off with “MAL·MO·E: The Secret Mission” in January, which sold 2.8 million tickets.

Director Kim Bo-ra’s “House of Hummingbird” was a hit at numerous international film festivals and took home dozens of awards throughout the year.

Other films directed by women in various genres such as “Money,” “Crazy Romance” and “Kim Ji Young, Born 1982” were box office hits, while at this year’s Busan International Film Festival, event organizers proudly announced that 27 percent of the films being screened were directed by women, the largest number ever for Korea’s largest movie event.

However, while many headlines say that the success of films directed by women signals new possibilities for the local film industry, some experts point out that the film industry still has a long way to go to achieve gender equality.

On Monday, film industry experts from the Subcommittee on Gender Equality in Korean Films gathered at the National Assembly in Yeouido, western Seoul, for a discussion titled “Korean Film, Find the Missing Women.” The event was hosted by assembly member Jung Eun-hye, the Ministry of Culture, Sports and Tourism and Ministry of Gender Equality and Family and sponsored by the Korean Film Council.

“The very fact that the release of these female-directed films are highlighted in the news as the rise of new horizons for the local film industry is proof that shows the uneven playing field, or unfair competition that women in the film industry face today,” director Park Hyun-jin said at the forum. “If male directors do well over the year, we do not emphasize their gender.”

Film critic Cho Hye-young presented a series of statistics that showed the discrepancies in the film industry. According to last year’s data, 59 percent of freshman acting majors in the country were women, while the freshman class at the Korean Academy of Film Arts (KAFA) was 30.4 percent female. However, the number of women participating in international film events and making big-budget commercial films in Korea mysteriously falls to below 30 percent. What happens to the rest of the women who aspire to work in film production and acting?

“The cause goes back to three major factors: male-centered network, deeply-rooted stereotypes against women and ending their careers due to marriage and taking care of their children,” said professor Kim Seon-ah from the Dankook University’s Graduate School of Cinematic Content. “Men help each other out more and have tight-knit networks, while there is still an underlying bias towards female directors. For instance, if male directors are detailed in their films, it’s seen as being sophisticated, but when female directors are similarly detailed, they are considered to be focusing on insignificant trivialities.”

Among blockbuster films, Kim said that there are hardly any female directors.

“The stereotypes against them are so deeply embedded within the industry that there is no data to show that female directors can produce good results like male directors do,” said Kim.

“[We know that] box office success does not mean everything,” said Park. “What we are asking is ‘Why aren’t there more diverse portrayals of women in big commercial films that cost a lot of money and that more people see?’”

Experts unanimously agreed that there is a glass ceiling for female directors to enter the industry, but they also raised the issue of the lack of women in other movie industry roles as well. According to Korean Film Council database, of 1,433 films released from 2009 to 2018, lighting crews were only 1.8 percent female, audio staff were only 8.4 percent female and those operating cameras were only 2.7 percent female. Women working in film were heavily concentrated in positions such as costumes and make-up, making over 80 percent of the workforce in those fields.

“We’re not degrading the positions, but [the small numbers of women working in film production] directly relates to the gender stereotypes that Korean society is still based upon,” said Cho. “Moreover, the film production business receives higher income than costumes and make-up. So even though the two heads over camera shooting and costumes may be within the same position, their wages would be different, and this also leads to severance of careers for women.”

“The people who hold the cameras wield a great deal of power on set,” Park agreed with Cho. “There are various reasons why there aren’t many female camera operators, but a major reason is the stereotype that cameras are too heavy for women to lift. But, cameras nowadays are much lighter and easier to carry around compared to cameras in the past. So that can’t be a plausible reason. There’s a cultural resistance to having women in such male-centered positions. I believe that the industry may have assumed that such jobs are easier for men because there were no women before.”

The panelists acknowledged that this year has been a fruitful one in terms of gender equality, but the progress needs to continue improving.

To encourage more opportunities for female directors, the subcommittee has made it so that the judges approving film projects are now 50 percent men and 50 percent women, for a fairer evaluation.

One of the policies that the organization is actively trying to achieve is “50:50 by 2021.” The subcommittee hopes to invest half of the Korean Film Council’s funds to support films in which at least two of the major roles in production - either director, producer or scriptwriter - are women.

The influence of female directors is important, Cho says, because it’s more likely that female-directed films will show multiple aspects of women’s lives. As more women lead films, it’s highly likely that films with female leads and new stories will come out.

“Recently over the years, there has been a rise in complaints from audiences saying that they are growing tired of male-led films,” said Park. “If films are supposed to reflect contemporary society, what has happened to the other gender living in Korea? The imbalance of these films will ultimately have a negative impact on the Korean film industry as well.”