Moon to meet Xi in Beijing before seeing Abe in Chengdu

Moon to meet Xi in Beijing before seeing Abe in Chengdu 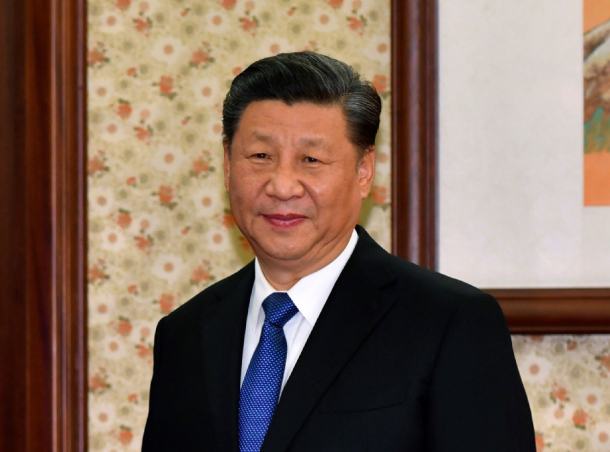 “At the summit, Moon will have a serious discussion with Xi about plans to develop Korea-China relations and revive exchanges and cooperation between the two countries, as well as Korean Peninsula affairs,” said Han Jung-woo, deputy spokesman for the Blue House.

The summit will take place on the first day of Moon’s two-day trip to China. Moon will visit Beijing to meet with Xi and then travel to the southwestern Chinese city of Chengdu later in the day to attend a trilateral summit with Chinese Premier Li Keqiang and Japanese Prime Minister Shinzo Abe.

The bilateral summit between Moon and Xi is the first in six months since a bilateral meeting on the sidelines of the Group of 20 summit in Osaka, Japan, at the end of June.

The two leaders are expected to discuss the stalled process to denuclearize North Korea, as the Kim Jong-un regime escalates its missile tests ahead of a self-declared year-end deadline for negotiations with the United States.

Earlier this week, Beijing, in cooperation with Moscow, tried to arrange a partial lifting of sanctions on Pyongyang.

China and Russia circulated a draft resolution at the United Nations Security Council on Monday calling for its 15 members to lift bans on North Korea’s exports of seafood and textiles and exempt inter-Korean rail and road cooperation projects from sanctions.

The resolution will unlikely pass because the United States made clear that “now is not the time” to consider “offering premature sanctions relief” to the North.

While Moon is expected to discuss efforts to resume denuclearization talks, the Blue House denied a report by JTBC that the Korean government had contacted UN Security Council members and explained the need to lift some sanctions even before China and Russia circulated their draft resolution.

JTBC reported Wednesday that the Moon administration had sent security experts to persuade not only the United States, China and Russia, but also Britain and France to ease sanctions on the North, quoting a diplomatic source.

They particularly promoted the idea of exempting the inter-Korean railway and road project, the report said. JTBC is part of the JoongAng Group along with this newspaper.

JTBC also reported that Beijing and Moscow had communicated with Seoul in advance before circulating their draft resolution.

The Blue House denied the entire report. “We are very regretful because the report could prompt unnecessary diplomatic misunderstanding at a sensitive time,” Ko said.

Following his summit with Xi, Moon will travel to Chengdu and sit down with Li for another bilateral meeting on the sidelines of the Korea-China-Japan trilateral summit. “The meeting with Li will address specific plans to improve cooperation between Korea and China and the two countries’ cooperation within the trilateral framework,” Han said.

“The meetings with the Chinese leaders will be an opportunity to further substantiate the strategic cooperative partnership between the two countries,” Han said.

Moon and Abe had a brief contact last month in Bangkok during a regional summit, but it was not an official bilateral summit.