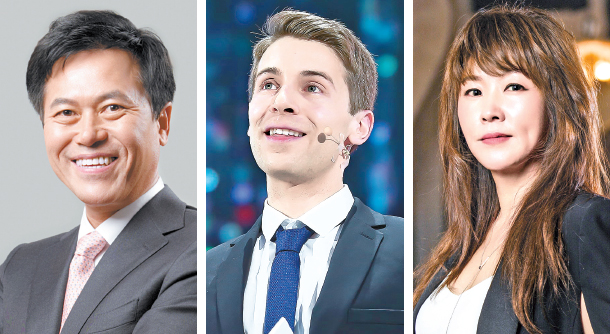 The Corea Image Communication Institute (CICI) announced on Thursday that SK Telecom, K-pop writer Jeff Benjamin and jazz vocalist Nah Youn-sun are the winners of its annual awards for those who promote Korean culture abroad.

“This year’s recipients are SK Telecom, for commercializing 5G network for the first time in the world, Billboard’s K-pop writer Jeff Benjamin for bridging Korean artists to the world and jazz vocalist Nah Youn-sun, for creating an international sensation as a Korean artist,” the organization said in its statement. “They will be awarded at a ceremony at the InterContinental Seoul COEX Hotel in Samseong-dong [southern Seoul] on Jan. 14, 2020.”

CICI is an organization affiliated with the Ministry of Foreign Affairs that promotes Korean culture abroad and provides research on changes in the international image of Korea. It was established in 2003.

It recognizes individuals, corporations or objects that have raised awareness of Korean culture globally.

“SK Telecom’s President and CEO Park Jung-ho will be awarded the Korea Image Stepping Stone Award for commercializing the 5G network for the first time in the world and energizing the Korean ICT market,” the organization said in its statement.

“The Korea Image Stepping Stone Bridge Award goes to columnist Jeff Benjamin,” it said, “for having introduced K-pop artists to the world through his steady work since 2013. We would like to recognize his top-notch work in contributing to the K-pop Wave throughout the world and bridging nations to Korea.”

“She represents Korea as a jazz vocalist and is renowned in Europe,” CICI said. “She has dazzled audiences throughout the world with her performances, which incorporates Korean characteristics.”

Nah was awarded the Korea Image Flowerstone Award by CICI in 2014 as well.

The annual awards ceremony, held since 2005, is expected to gather around 600 individuals including corporate executives, media representatives, experts and ambassadors. The ceremony is supported by the Ministry of Foreign Affairs and the Ministry of Culture, Sports and Tourism.