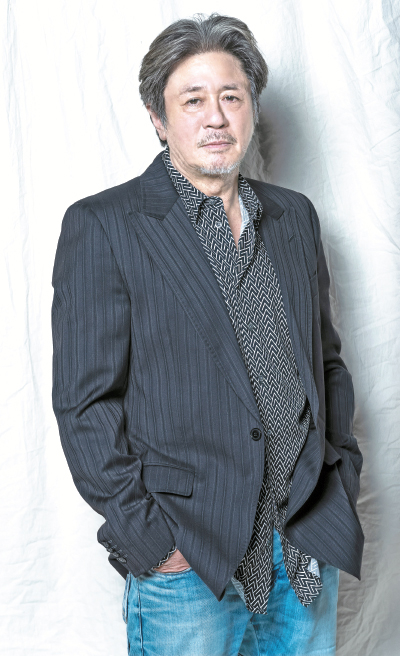 Choi Min-sik became the king of the Korean box office through his portrayal of admiral Yi Sun-sin in the 2014 megahit “The Admiral: Roaring Currents,” which, 17 million tickets later, became the best-selling local film of all time. Choi is back with another historical drama, “Forbidden Dream,” and this time he is playing the ingenious but innocent scientist Jang Yeong-sil, who is fiercely loyal to King Sejong the Great.

Although historical records show that the bond between the two was definitely something more than an ordinary relationship, Choi wanted to go even further, experimenting with the various sides of their friendship.

At the film’s press conference last month, the director and the cast seemed to take extra precautions in emphasizing that although their film was based on historical record, the story is fiction, inspired by various “what ifs” that weren’t written in history, perhaps to avoid creating any dispute like “The King’s Letters” did earlier this year.

“A film is not a documentary,” Choi agreed during a recent interview at a cafe in Samcheon-dong, central Seoul. “It was more of a stretching of my imagination, to wonder about what extent their relationship could have progressed. It’s no fun if we only stick to the facts.”

Cho likened the duo’s bromance to the friendship one between Mozart and Salieri.

“Leaving aside all of the great things that they did, they are both humans,” Choi said. “Could their relationship have always been good? Couldn’t they’ve gotten jealous of one another or maybe hurt by each other’s actions? I also imagined Jang, having grown so comfortable around his king, could’ve momentarily forgotten about his humble status and criticized Sejong about something, and the king may have been offended by Jang’s words.

“How can a relationship between two people deepen without sourness? I wanted to portray how they stood by each other through thick and thin,” Choi said. 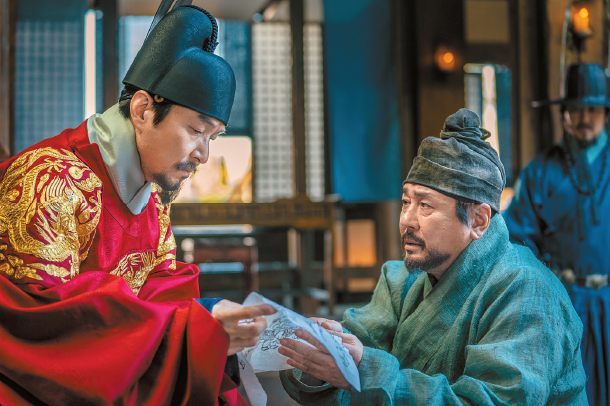 A scene from the film “Forbidden Dream” when King Sejong (played by Han Seok-kyu), left, discovers Jang Young-sil’s talent as an inventor. The film is to be released on Thursday. [LOTTE ENTERTAINMENT]

Despite the actor’s enthusiasm to show various sides of the duo’s relationship, Choi felt that the film was holding back, and expressed a bit of regret over how the film had turned out in the end.

“One of the charms in acting in historical dramas is that we get to reinterpret a part in history,” Choi said. “As their descendants, I hope that we get to do that freely, more flexibly, without being fixated on a certain image. We know that King Sejong was truly a great man, and our alphabet, hangul, is the product of his love for his people. That’s something that’ll never change. So I wanted to show more of his humane side [through his relationship with Jang] in this interpretation.

“But this isn’t a novel I’m writing by myself,” Choi added. “Everyone who is a part of this movie is working together to create this story, and the final decision-maker is the director. I just like to express my ideas, thoughts, logic and feelings about the matter.”

But the film does focus on how the duo’s relationship blossoms into a beautiful friendship. The chemistry between the two characters, however, was not entirely acting. In the local film industry, Choi and Han Seok-kyu are famously known for their long friendship, which began when they attended the same university.

“I was a sophomore and Han was a freshman when we first met,” reminisced Choi. “Han is one of the very few people I’ve met in the entertainment industry who remains ever so steady. He’s never wavered in his philosophy or approach to acting and is persistently immersed in his job. To have a friend like him close to me makes me feel reassured too.”

If it wasn’t for this film, Choi said that they would’ve done a film together one way or another.

“It was time,” Choi said. The last film that the two appeared in together was “Swiri,” which came out in 1999.

“Director Hur Jin-ho called us both and gave us the script at the same time,” said Choi. “He asked us to choose our respective roles, and Han said that he wanted to portray the king. So [naturally] I said I would play Jang.”

Choi was satisfied with their chemistry on set, which was definitely influenced by their real-life friendship. Without rehearsals or even talking much about how they were going to act before shooting the scenes, the flow of each scene felt natural.

“It’s like, playing table tennis with a very well-matched partner,” Choi described. “Without any rehearsal, I could receive [Han’s acting], and I thought, ‘This is how compatible we are together.’

“For instance, there was a scene where I cried while I said my lines, and Han started to cry along with me,” said Choi. “It would be no fun, even meaningless, if we rehearsed the scene beforehand or gave directions to each other. We were both completely wrapped up in the scene, and Han just received my acting [like table tennis] and cried along.”

When asked whether or not he felt pressured to do well in the box office due to his successful past film, the actor admitted that it was on his mind.

“How could I not be affected by ticket sales?” said Choi. “But it’s not something I can control. What I can do is to study and be immersed in creating something new [out of my characters]. However, I do like to analyze [after the films are released] what I’ve done that really struck a chord with audiences, or what didn’t work. [The process] is interesting.”

In a way, he and his character share a commonality in that they are both creators.

“Of course, Jang is a great man whom I don’t dare to compare myself with,” said Choi. “But I think I was able to sympathize with him more than Admiral Yi in ‘Roaring Currents.’ He [Yi] was a soldier, but Jang was an inventor, creating new objects with his hands and scientific theories, while I spin stories through my acting.”

Although the actor seemed to have really gotten into the character of the revolutionary scientist, he expressed interest in portraying a king one day in the future.

“There’s a 500-year-long history and dozens of kings to portray,” Choi said, hinting the possibility of returning to yet another historical drama film in the future. “I’m always wanting, always desiring to do more. I [also] want to try comedies and romantic films too, if possible, before I get too old for it.”