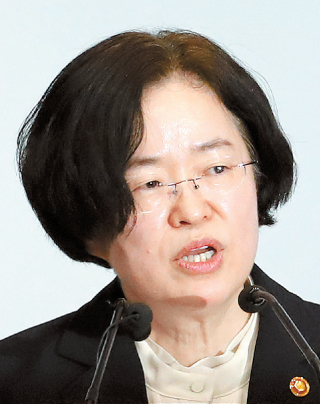 Delivery Hero’s acquisition of Baedal Minjok is likely to be approved as the Fair Trade Commission (FTC) prioritizes innovation over competition.

The deal, which was announced Dec. 13, will create a virtual monopoly in food delivery.

Late Thursday, the FTC chairperson Joh Sung-wook said that the job of the commission is a balancing act that requires holistically weighing benefits and costs of approvals.

“The FTC sometimes stimulates innovation but also obstructs it,” Joh said. It “will look into the merger with balance on whether it will stimulate innovation or if it will negatively affect consumers through monopoly.”

The recent purchase of Korea’s largest delivery service by Berlin’s Delivery Hero will result in a group of related companies controlling 99 percent of the market.

Delivery Hero, which started its delivery service in Korea with Yogiyo in 2011, expanded its share after acquiring Baedaltong in 2015.

Small businesses have expressed concern over the possible monopoly that could lead to raising commission charges for delivery service operators and restaurants.

The Korea Federation of Micro Enterprise on Wednesday voiced these concerns and asked FTC for “strict evaluation” of the merger.

Woowa Brothers, the operator of Baemin, tried to address the concerns, saying there will be no sudden increase in fees. In the transaction, Delivery Hero bought 87 percent of Woowa Brothers.

The FTC under Joh has already ruled in favor of concentration at least once.

Last month, the regulator approved the merger of SK Broadband and t-broad and the LG U+ and CJ HelloVision combination.

FTC chairwoman Joh last month said the FTC approved the mergers to stimulate innovative amid rapidly changing technology and market conditions. The antitrust agency head has put more weight on supporting innovation, even going against other top officials of the Moon Jae-in administration.

Recently, the FTC argued against legislation drawn up by the Land and Transportation Ministry that would put Tada out of business.

“The FTC has the obligation to express its opinion when a government department proposes legislation that would limit fair competition,” Joh said.

The FTC asked lawmakers to take care when reviewing legislation in regards to promoting competition and consumer benefit.

Kim Sang-jo, Joh’s predecessor, supported the bill and said under the current Tada business model, a large number of existing taxi drivers would be negatively affected.

Some argue that the government’s bill is an attempt to win the votes of taxi drivers and the union that represents them ahead of the general election next year.