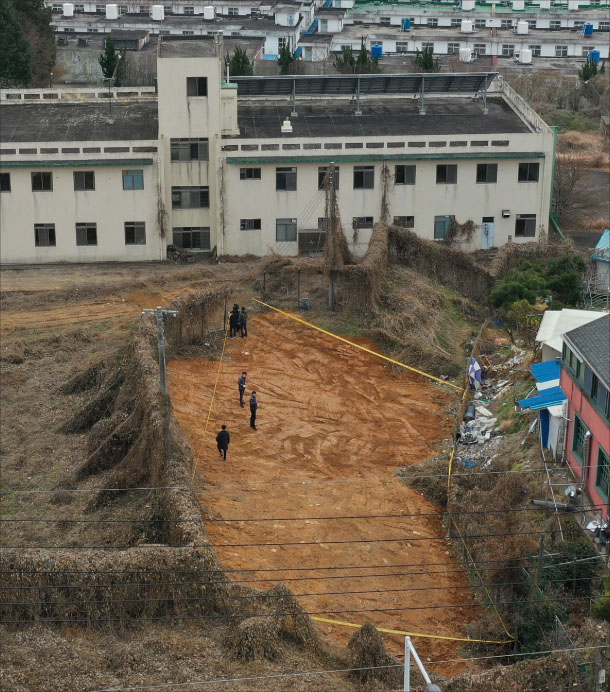 Workers cordon off the site of a former prison in the southwestern city of Gwangju where the remains of about 40 people were discovered on Thursday. The Justice Ministry suspects the remains may belong to victims of the crackdown on the pro-democracy movement in May 1980. Their identities are not known yet. [YONHAP]