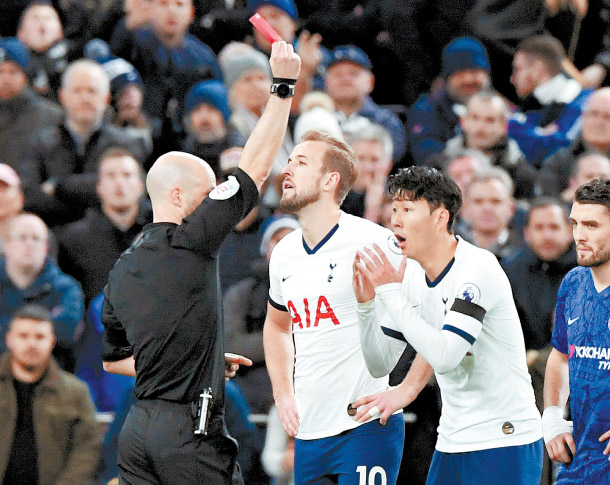 Son Heung-min of Tottenham Hotspur, second from right, reacts after receiving a red card during an English Premier League match against Chelsea at Tottenham Hotspur Stadium on Sunday. After a video review, Son was given a red card for kicking Chelsea’s Antonio Rudiger in the 62nd minute. As he received a red card for violent conduct, Son will serve a three-game ban. Spurs lost the match 0-2.[EPA/YONHAP]