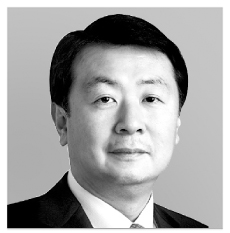 Coca Cola, a symbol of globalized capitalism, is not in two countries: North Korea and Cuba. Both countries are dogmatically communist. That is why the two countries have maintained close ties, almost fraternal, forged between founders Kim Il Sung and Fidel Castro in 1960. This small Caribbean island country appears to be connected to North Korea’s self-proclaimed “new path.” North Korea’s current leader, Kim Jong-un, declared that he will take a “new path” if international sanctions were not lifted by the end of this year. Because the United States refuses to budge, Pyongyang is presumably about to set off on that new path.

Where will this new path lead? Many agree that North Korea will stage provocations, whether it be a satellite launch or a test of an intercontinental ballistic missile. But missiles are not everything. North Korea, suffering from economic sanctions, must find a way to make ends meet.

The Cuban model may be a possibility. Cuba, which survived with the assistance of the Soviet Union during the Cold War, faced extreme economic crisis when Communism fell in 1989 and Soviet support ended. The Cuban people had to hunt stray cats for meat. But Cuba found a way to survive in the 1990s by making massive investments in tourism. Along with money wired by Cubans living abroad, tourism has become its largest source of foreign currency, supplying about $3 billion annually.

It may be natural for North Korea to follow the Cuban model. Kim made frequent visits to tourist destinations across his own country this year. He made four visits to Yangdok, South Pyongan Province, where a hot spring resort is being developed, and three trips to Samjiyon on Mount Paektu, designated as a special tourist zone.

In October, Kim visited the Mount Kumgang resort and ordered the destruction of all South Korean facilities there and the building of new, less shabby ones. That instruction should not be treated as a mere threat to South Korea. Rather, it could be an order to actually invest in North Korea’s outmoded tourism industry. 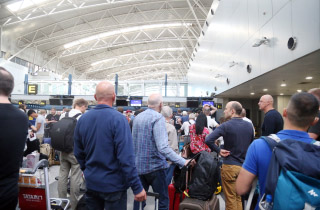 Foreign tourists wait in a long queue in front of a reception desk of Air Koryo, the state-owned national flag carrier of North Korea, at the Beijing Capital International Airport three days before the 70th anniversary of North Korea’s foundation on Sept. 9, 2018. [YONHAP]

There is other evidence that Pyongyang is benchmarking Havana. On Dec. 6, North Korea set up the Korean Medical Tourism Exchange Board to develop hot spring resorts and entice Chinese tourists to visit the country for medical tourism to treat arthritis and skin diseases. Cuba is known for medical tourism with its ample supply of medical professionals.

It is not the first time that the Kim regime has tried to foster its tourism industry. After concentrating its investments on the tourism industry over the past years, North Korea has seen some progress. With exports blocked by United Nations sanctions, it suffered an accumulated deficit of $1.9 billion as of October. Considering its total export stood at about $3 billion before the sanctions, that is an enormous loss.

And yet, North Korea’s foreign exchange rates are quite stable and fuel prices also remain unchanged. Why is that? Analysts say that is possible thanks to the $250 million to $1 billion in revenue from Chinese tourists and North Korean laborers overseas. According to the New York Times, about 350,000 Chinese tourists visited North Korea this year. The money they spent was the secret to the Kim regime’s survival. There are media reports that Chinese President Xi Jinping promised North Korea during his visit in June that he would send about 2 million tourists — five to six times higher than the current number. If this is true, North Korea will be able to survive with income from the tourism industry, no matter what economic sanctions are imposed by the international community.

For the pressure on North Korea to work, we must somehow plug this new pipeline for foreign exchange, the tourism industry. There is a precedent. After racial discrimination in South Africa became an issue in the 1980s, the United States and European countries banned all flights to the country. South Africa, whose economy was sustained by European tourists, was fatally hit. That was one of the main reasons for the country to dismantle its apartheid system and become a democracy.

For international sanctions on North Korea to be effective, we need a change. Individual tourism — which is not covered by UN sanctions — should be blocked. With that loophole in place, we will have to worry about North Korea’s nuclear threats forever.