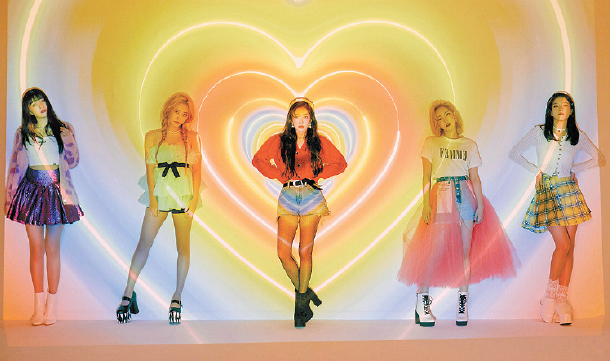 Red Velvet will not be taking the stage for the time being, SM Entertainment said on Thursday.

The group has stopped their promotional activities after member Wendy broke her hip and wrist as well as suffering an injury to her face on Wednesday during a rehearsal for the 2019 SBS Gayo Dajeon, an annual music event. She was transported to a nearby hospital and is currently undergoing treatment.

Red Velvet did not take part in the evening event, and SBS only aired parts of the group’s performance that were recorded prior to the live show.

“Wendy is currently on bed rest at the hospital, and will be focusing on her health until she gets better,” the agency said.

Red Velvet’s agency explained that the group will not be taking the stage at year-end ceremonies by itself, but only with other groups for collaboration performances.

Wendy’s injury will likely affect the promotional schedule of Red Velvet’s new album, but details are to come following a more precise diagnosis of Wendy’s condition.

Meanwhile, fans are demanding that SBS provide a proper apology and explanation as to what happened to the singer.

SBS issued an apology on Wednesday saying, “We apologize to the fans and the audience because Red Velvet will not be performing live during Gayo Daejeon.”