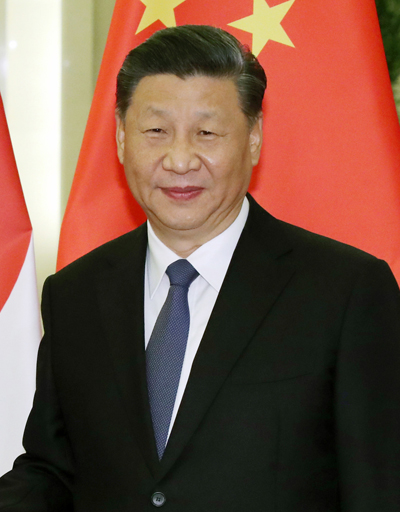 “Leaders of Korea and China concur that the peace of the Korean Peninsula is crucial for the stability of Northeast Asia and it must be accomplished through dialogue,” Ko Min-jung, Blue House spokeswoman, told MBC radio. “I felt strongly that China is treating the matter as if it is its own, not a matter of a distant country.”

Ko said the mood of the Moon-Xi summit was very different from their last meeting in June in Osaka, Japan. “It was much softer and comfortable,” she said.

Moon met with Xi on Monday in Beijing, before he attended a trilateral summit with leaders of China and Japan in Chengdu, China, the next day. The Liberty Korea Party (LKP) and some conservative media, however, expressed disappointment at the outcome of the summit.

Following Moon’s summit with Xi, the LKP issued a statement on Tuesday to criticize the president for having failed to protect Korea’s integrity. “The Moon administration must end its deeply-rooted toadyism centered on China,” Rep. Kim Sung-won, LKP spokesman, said in the statement. “The Republic of Korea today is not a vassal state of the Qing Dynasty in the past. Korea is an independent, sovereign nation. Moon must stop his low-profile diplomacy toward China.”

Ko refuted the talking down of Moon’s diplomacy on Thursday. “I want to ask why they don’t have faith in the prestige of Korea,” Ko said about the LKP’s statement. “Korea’s prestige is not to be overwhelmed by other countries,” Ko said.

“I wonder how the Chinese government will think of us for the largest opposition’s choice of words,” she said.

She also asked for bipartisan support for diplomacy. “Political battles for policy competitions are understandable, but they must think twice before disgracing the prestige of Korea in a diplomatic arena,” Ko said.

Ko also defended the Blue House’s announcement on Wednesday that it is “almost certain” that Xi would visit Korea during the first half of next year. “Because there are final steps left for coordination, the Blue House used the expression ‘almost certain,’” she said.

During the summit, Moon again invited Xi to visit Korea, and Korean officials said the Chinese president responded that he would consider it positively. Xi’s last visit took place in July 2014.

On Wednesday afternoon, a presidential aide abruptly scheduled a press briefing and announced that it was almost certain that Xi would visit Korea during the first half of next year. The announcement was out of the ordinary, because China had no briefing about it. It is the diplomatic norm that a state summit is announced through the coordination of two countries.

“Moon told Xi that 2021 is the visit-Korea year, and 2022 is visit-China year and the 30th anniversary of the two countries’ diplomatic establishment,” the aide said. “Moon proposed that 2022 be designated as the year of cultural and tourism exchanges between Korea and China and more people-to-people and cultural exchanges be promoted starting next year. And Xi responded to hold such events.”

The official also said the trilateral Korea-China-Japan summit will take place in Korea next year and it is highly likely Premier Li Keqiang will attend the meeting.

Following the briefing, some Korean media ran critical reports about Xi’s possible visit. They said Xi would merely stop by Korea on his way for his state visit to Japan next spring, instead of planning a separate trip.

“If Xi is visiting Korea and Japan, they will say why he is having a regional tour [not separate visits],” Ko said. “If he visits Japan and not Korea, they will say Korea was ignored. I guess they will complain no matter what happens.”

Meanwhile, Moon continued to promote his hope for better people-to-people exchanges with China. He posted a message on his Facebook on Thursday to announce that Korea saw the largest number of foreign tourists this year. Over 17.25 million foreign tourists visited Korea this year as of Thursday, breaking the record of 17.24 million in 2016.

The number of foreign tourists reached its peak in 2016, but decreased following China’s group tour bans to Korea to retaliate the deployment of the U.S.-led Terminal High Altitude Area Defense antimissile system, or Thaad. In 2017, the number went down to 13.34 million and 15.35 million last year.