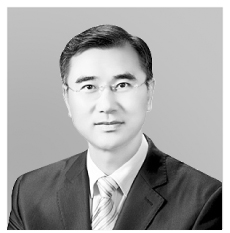 Kwak Dae-gyung
The author is a professor at Dongguk University’s College of Police and Criminal Justice.

Voice phishing scams have become more complicated and target random people. Until the third quarter, 57,804 cases have been reported, 11 percent, or 49,213 cases more than the same period last year. Up to the end of October, a total of 504.4 billion won ($435 million) have been taken via these scams, already more than last year’s total of 444 billion won.

Lately, Koreans and foreigners unknowingly become accomplices of voice phishing in many fraud cases. According to the international crime information center at the National Intelligence Service, young Koreans and college students are tricked by high-paying temp positions and are caught while working as a cash collector or delivery person in a voice phishing crime ring without understanding the criminal nature. In some cases, they are recruited by syndicates based abroad and work as call center representatives in other countries.

Foreigners visiting Korea can also be used by voice phishing organizations. Chinese nationals with ethnic Korean backgrounds or Taiwanese people are tricked by criminal organizations offering free trips to Korea and easy ways to make money, and they are given the task of withdrawing criminal funds. With little information about such crimes, Southeast Asians who need money and can speak Chinese are puppets for criminal organizations.

They are in charge of collecting gambling money and delivering business debts, and they often get involved in the criminal activity thinking it is a legitimate job. Some work in a room with equipment manipulating telephone numbers, repeatedly turning it on and off at designated times.

However, most contact criminal organizations via social media, such as WeChat, so they know little about the masterminds. They are involved in crimes unknowingly, get arrested, are jailed in Korea and then deported. More than 400 Chinese and 200 Malaysians are currently in jail.

Here is an example. Mr. A is a Chinese national with an ethnic Korean background. When his business in Yanbian Korean Autonomous Prefecture went bankrupt, he looked for a loan. In the meantime, he received 200,000 won a day to deliver someone’s winnings from illegal gambling. Mr. B is a Chinese student at a university in Korea. He got a temp job as a cash deliveryman on a Chinese website for Chinese people living in Korea. When they were caught, they learned that they were collecting cash for a voice phishing organization.

A young couple in Malaysia were looking for a job online to pay for college, and they were tempted by a posting on WeChat looking for someone speaking English and Chinese to collect investment returns and transfer the money. They were arrested while operating in Korea.
Voice phishing crimes have become more complicated and advanced, using applications that intercept calls. Call intercepting is a method of encouraging victims to install an app and intercepting calls when connecting to a bank. In order to prevent this kind of crime, response technology should be developed and a crackdown on criminal organizations needs to be reinforced. Crime prevention for people also needs to be actively promoted. It is just as important to educate Koreans and foreigners staying in Korea not to get involved in voice phishing crimes.

This year, the National Intelligence Service, the Financial Supervisory Service and the Korea Federation of Banks are making crime prevention and public relations efforts to prevent Korean and foreign job sites from being used as a recruiting channel for criminal organizations. They ran a banner ad on five job sites, detailing a case of a voice phishing organization recruiting gang members with a job posting.

As of September, 2.45 million foreigners are staying in Korea. A protective measure needs to be made so that foreigners lacking information on voice phishing crimes don’t turn into puppets of crimes without realizing. It will be a true diversity policy.