Warrant is requested for arrest of Ulsan vice mayor

Warrant is requested for arrest of Ulsan vice mayor 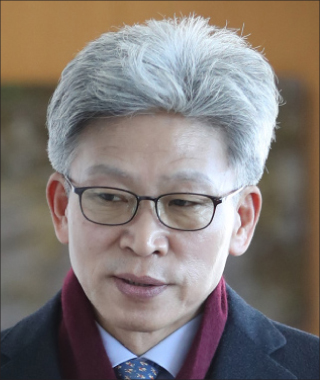 Prosecutors said Friday they have requested an arrest warrant for an Ulsan vice mayor suspected of illegally intervening in the 2018 mayoral election in the southeastern metropolitan city.

The warrant request came about one month after Seoul prosecutors took over the case from their counterparts in Ulsan and found Song was the source who tipped off a former presidential office official about bribery allegations involving former Ulsan Mayor Kim Gi-hyeon’s confidants.

Kim, who was then seeking re-election as mayor in the June 2018 election as a candidate of the main opposition Liberty Korea Party, lost the race to current mayor Song Cheol-ho of the ruling Democratic Party, a longtime friend of President Moon Jae-in.

The case blew up into a massive investigation after Kim publicly claimed that the Ulsan Metropolitan Police Agency deliberately raided his office a few months ahead of the election with the presidential office behind the move.

Kim and his confidants were acquitted by a local court after the election ended, while the Blue House has flatly denied all allegations of election meddling.

Song Byung-gi is accused of discussing campaign strategies and pledges in favor of Song Cheol-ho in meetings with Blue House and police officials.

Prosecutors reportedly stated allegations of election meddling by presidential aides and police officials in the arrest warrant request, regarding them as accomplices in the vice mayor’s suspected illegalities. The Public Official Election Act strictly prohibits civil servants from acts influencing elections in order to ensure their political neutrality.

Prosecutors also suspect that the Blue House extended support to the construction of a public hospital in Ulsan, a major industrial city about 415 kilometers (258 miles) southeast of Seoul, in accordance with campaign pledges by Song Cheol-ho. They have reportedly secured clues from memos of Song Byung-gi that indicate he held several discussions with Blue House officials in Seoul regarding Song Cheol-ho’s campaign pledges beginning in the fall of 2017.

The latest development was disclosed after a Seoul court rejected an arrest warrant for former Justice Minister Cho Kuk earlier in the day in a probe into his suspected role in ending an inspection into bribery allegations involving a former Busan vice mayor.

Earlier this week, prosecutors filed for an arrest warrant for Cho, former senior presidential secretary for civil affairs, on charges of abuse of authority in connection with the bribery case of the now-arrested Yoo Jae-soo.