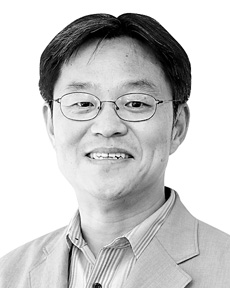 State think tank Korea Energy Economics Institute (KEEI) has missed this month’s release of the World Nuclear Reactor Market Insight, a biweekly report on trends in the global nuclear reactor industry and nuclear energy policies. The journal provides useful updates from the nuclear energy market. The last edition posted on its homepage was on Nov. 29. The KEEI managed to publish the following Dec. 13 edition but kept its distribution within the government. The institute has yet to show it to the public on its webpage.

In inquired about this glitch and the KEEI declined to comment. I came to learn that further publication is suspended because of a certain article the journal carried in the December edition. The article was a contribution from a nuclear energy professor critical of the government’s nuclear policy. Korea has been decommissioning nuclear reactors when their originally designed life ends. When reactors’ lives are extended 20 years — which is common in the United States — Korea could save 260 trillion won ($224 billion), according to the professor. But his analysis did not please the liberal administration, which champions a nuclear phase-out by disallowing further extensions for reactors and halting construction of new reactors. The institute received “a call” and has put off uploading the December edition on its homepage for public access.

The story may not be entirely correct since the affair has not been confirmed by the government or the institute. But one thing is for sure: Disapproval of the nuclear phase-out policy is unauthorized and something the government doesn’t want to see in print. It is sad that a scholar must betray one’s conscience or beliefs merely because of a government’s energy policy.

The government may have feared the ramifications of a critical statement from a state institute on its nuclear phase-out policy, given President Moon Jae-in’s strong desire to wean the country off nuclear energy. A figure who has attended meetings with the president and political party floor leaders said the president was tenacious about seeing through his promise to phase out nuclear energy. Why is he so fixed on doing away with nuclear reactors? I don’t want to believe the theory that he has turned paranoid about nuclear reactors after watching a 2016 Korean film about nuclear plant workers struggling to prevent a meltdown. If he was appalled by the corruption and collusive business deals in the nuclear reactor industry, there can be other ways to clean up the industry — instead of ruining the business. The hasty transition to renewables in place of nuclear energy has only built another collusive connection in the solar panel sector dominated by liberal forces.

Still, the government has been bulldozing through its policy. The Wolsong 1 reactor will be unplugged even if it has two more years of extended life after renovation work was done that cost 700 billion won. Why the Korea Hydro & Nuclear Power (KHNP), which is responsible for management of nuclear reactors, suddenly decided to decommission the Wolsong 1 reactor remains a mystery. It hid the results of a consultation from the public and highlighted the “uneconomic” aspect of the plant to draw a board decision to shut the country’s oldest reactor. Then, the KHNP — the state operator of the nuclear reactors across the country — set a new goal of maximizing the nuclear operation rate. How can it maximize the operation rate when it closes down a reactor it spent millions of dollars on to extend its life?

The KHNP’s decision to shut down the Wolsong 1 reactor was put to a vote by the higher state authority of the Nuclear Safety and Security Commission (NSSC). The commission backed the move on Christmas Eve, even as decision-making by the KHNP is under investigation by the Board of Audit and Inspection. The issue initially was not on the NSSC board’s agenda, but was squeezed in at the last minute. Outsiders suspect some kind of “invisible” hand behind the campaign to shutter the reactor.

Commercial nuclear power is in the spotlight across the globe. The European Parliament last month passed a resolution that it “believes that nuclear energy can play a role in meeting climate objectives because it does not emit greenhouse gases and can also ensure a significant share of electricity production in Europe.” The United States allows a maximum of 40 extra years if the original design life of 40 years for a nuclear reactor ends. In Sweden, which was first to scrap nuclear reactors, 78 percent of the population wants to bring them back.

The Blue House alone is preaching a nuclear phase-out — and then ramming it down the nation’s throat. It must be blind and deaf. Moon said he was “startled” to hear opposition to the idea of creating a sea of solar panels across the reclaimed land of Saemangeum on the southern coast because he had been “sure of others competing to bring similar solar panel projects to their regions.” He obviously had not heard that protests against solar panel proliferation have been prevalent across the country.

The chief of presidential security for founding President Syngman Rhee ordered his barbers to answer, “All is well, Sir!” if the president asked about public sentiment. The walls must be getting higher in the presidential palace. Otherwise, the president could not be so clueless.