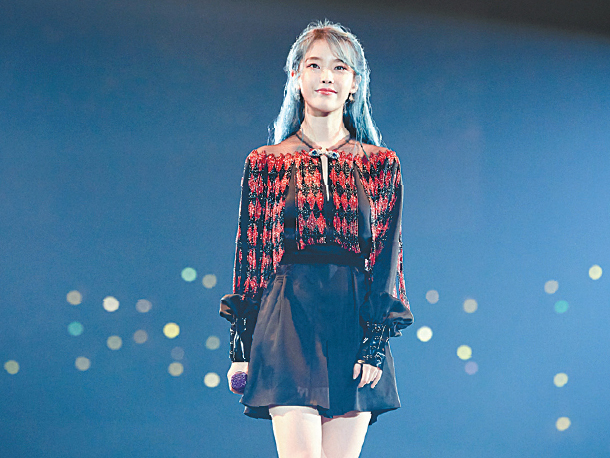 Singer IU has wrapped up her 2019 tour after meeting nearly 90,000 fans over the course of two months in 10 cities across Asia.

IU kicked off her “Love, Poem” tour on Nov. 2 in Gwangju, followed by performances in three other Korean cities - Incheon, Busan and Seoul.

She then flew off to perform in Taipei in Taiwan, Singapore, Manila, Kuala Lumpur in Malaysia, Bangkok and finally Jakarta, Indonesia.

She presented a concert experience that her fans had never seen before, performing on stage that was surrounded by the audience on all sides.

Her latest hit “Blueming” was played for the first time at her Seoul concert, which she kicked off with “Every End of the Day” and “Unlucky.” She also performed more sentimental songs such as “Palette,” “BBIBBI” and “Friday.”

“‘Love Poem’ began as the start of a new story for IU, 10 years after her debut year,” the singer’s agency Kakao M said.

“With her new songs released in November for her fifth EP ‘Love Poem,’ IU showed a more mature side of herself than before.”