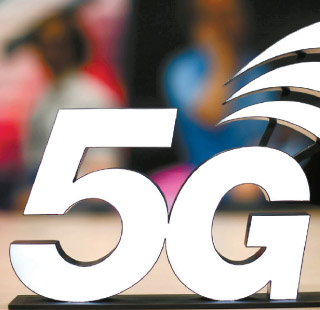 Unlimited 5G data is no longer a limited time offer. In the New Year, consumers will be able to get unlimited data on a regular plan as SKT and LG U+ update their programs for 2020.

But prices are to remain high.

SKT, KT and LGU+, Korea’s big three cellular carriers, attracted subscribers to their 5G networks by offering “unlimited access to 5G data” until the end of 2019. Back then, KT was the only provider offering unlimited data on regular plans. The playing field has leveled, as SKT and LG U+ both announced Monday a review of payment schemes to provide unlimited data to regular subscribers.

SKT will revise two of its payment plans and will also lower the fees on some of its plans. The unlimited data option is included in two of SKT’s plans, 5GX Platinum and 5GX Prime. The company lowered the price of 5GX Prime to 89,000 won ($77), which is a 6,000 won drop. The amount of data also increased. The initial offerings for the two plans were set at 300GB and 200GB per month.

One of SKT’s lower-tier 5G plans, 5GX Standard, which costs 75,000 won per month, will increase data access from 150 gigabytes to 200 gigabytes. SKT will also fully support smartphone insurance, as well as free access to the Flo music streaming service.

KT will maintain its three “Super plans.” The Basic costs 80,000 won, Special 100,000 won and Premium 130,000 won. They all provide unlimited data. KT claims to be the only network provider among the three to provide unlimited 5G data on a regular plan, and it says it will keep the plan in 2020.

The decisions come as the industry is seeing an exponential increase of 5G data usage. According to the Ministry of Science and ICT, 5G traffic increased by 18-fold in just 6 months last year, from 5,938 terabytes in April to 105,073 terabytes in October. This is a stark difference from 4G, which only increased by 40,000 terabytes in the same period. With such a steep increase of 5G data usage, industry watchers are starting to realize that unlimited 5G data is essential to keep customers hooked on their network.

Consumers are welcoming the change.

“I’ve always felt 200 to 300 gigabytes was too small to freely use 5G services, since data goes away so fast on a 5G network. I am thrilled to use as much 5G service as I want on the new unlimited data plan,” says Lee Ji-young, a 37-year-old office worker living in Goyang, Gyeonggi.

Prices are likely to remain high.

The three mobile carriers have yet to accept the request from the government to come up with mid- to low-priced plans priced around 30,000 to 40,000 won a month. Science Minister Cho Ki-young met with the CEOs of SKT, KT and LG U+ last month to request more “affordable plans and mobile carrier options” to “prevent the expansion of 5G networks from increasing the living expenses of consumers.”

According to industry sources, there are good reasons not to have low-cost plans. Simply put, they offer “no advantage.”

One industry source told the press that “since 5G services require massive amounts of data, there’s no point in having a low-priced plan since data will inevitably be limited.”